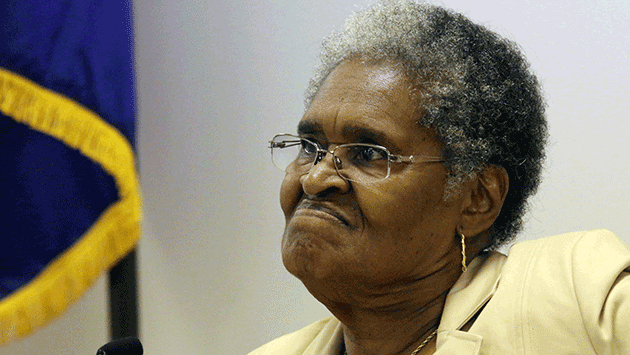 Speaking as aldermen were debating a hike in the fine for riding bikes on some business district sidewalks Monday night, Holmes said that when a cyclist "rides in front of my car at a stop light, I ought to be able to write down that number and call the police."

Presumably, to make that possible, the city would have to replace the small registration stickers it now uses for its effectively voluntary bike licensing program that attach to the bike's frame with something much larger — like an automobile license plate — so drivers could clearly see an alleged violator's license number.

Although aldermen voted to increase the bikes-on-sidewalks fine from $15 to $25, they took no action on Holmes' idea and Holmes didn't move to have it referred to staff for research or to a council committee for further discussion.

Alderman Don Wilson, 4th Ward, an avid cyclist, said after the meeting that he's certain bike riders in town would be outraged by the idea and that he would oppose such a plan.

In addition to the bike fine increase, aldermen also voted to raise the penalty for motorists who use their cell phones while driving from $50 to $75, to match the penalty provision of a similar state law.