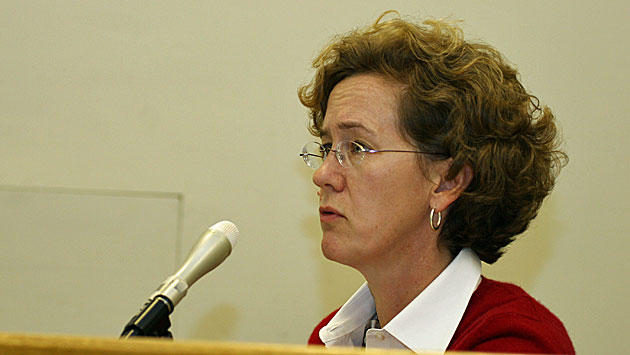 The new ordinance, requested by Alderman Jane Grover, 7th Ward, would eliminate the provision in the existing two-year-old ordinance that lets drivers talk on the phone if they use a hands-free device.

It would also expand the list of prohibited devices from just cell phones to also include laptop and tablet computers.

The ordinance, however, does not explicitly address the use of portable gaming devices, and it provides exemptions permitting the use of car radios or global positioning system devices.

It's not entirely clear from the draft ordinance how a driver caught using the GPS feature on a cell phone, but not using its other functions, would be treated.

The ordinance would also prohibit use of "on-board communication devices" that are "hard-wired into the motor vehicle." That would appear to prohibit the use of citizen-band or amateur radio systems or built-in communication systems like OnStar.

The draft ordinance would remove an exemption for cell phone use by city employees, which drew fire in the original ordinance for exempting the aldermen who adopted the rule from its restrictions. But it preserves exemptions for state and federal employees making calls while on the job.

How that change would impact use of laptop computers now mounted in city police and fire vehicles is not addressed in the ordinance.

The ordinance preserves exemptions for cell phone use to make 911 emergency calls and for using otherwise banned devices while parked.

Evanston's existing ordinance is more restrictive than a state cell phone law. The state law bans drivers 18 or younger from talking while driving and requires other drivers to use a hands-free device in school and road construction zones.

Evanston's current ordinance matches restrictions in Chicago — but other north shore suburbs have a pastiche of regulations — none more severe than the Evanston ordinance.

Those variations were the subject of a story in Sunday's Chicago Tribune, which noted that someone driving on Green Bay Road from Evanston to the Wisconsin border would experience different cell phone rules at least a dozen times as he or she passed through different communities.

State Rep. John D'Amico of Chicago has introduced legislation in Springfield that would strengthen state law to match the existing rules in Evanston and Chicago, but so far no proposal in Springfield would be as far reaching as the proposed new Evanston ordinance.

The existing strict Evanston ordinance has turned out to be a minor profit center for the city. During the past two years the city has issued a total of 2,979 tickets and collected a total of $125,000 in fines from violators. The ordinance carries a $50 fine.

Grover, in advocating for the more restrictive rules, cites studies reported by the National Safety Council that claim 24 percent of all motor vehicle crashes in the United States involve someone who was either talking on or sending a text message from a cell phone and that using a hands-free device doesn't reduce the likelihood of an accident.

The Human Services Committee meeting will be held at 7:30 p.m. in the City Council chambers at the Civic Center.

Poll: Should all cell phone use by drivers be banned?