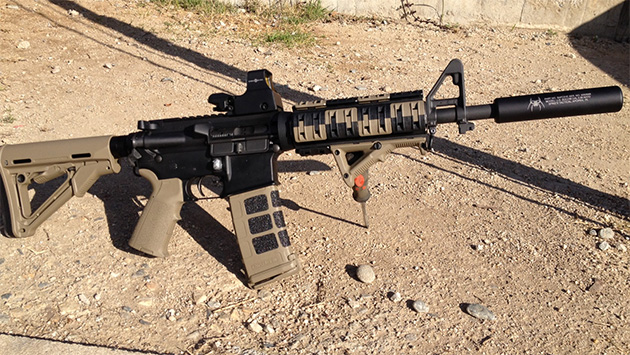 Evanston aldermen Monday unanimously adopted a revised assault weapons ban that drew support even from some gun rights advocates who had opposed earlier versions of the ordinance.

When the City Council last debated the issue a week ago, Alderman Don Wilson, 4th Ward, said he saw several problems with the wording of the ordinance — that it would ban hunting rifles and similar guns the council didn't mean to ban, but would also fail to ban some weapons that it did want to outlaw.

The ordinance provides penalties of a $1,500 fine and up to six months in jail for each violation.

Most speakers during public comment on the issue supported the ordinance, including some gun owners who said the revisions had answered their concerns that guns they owned would be outlawed.

But one spokesman for a gun rights group said the ordinance was still unacceptable and repeated a threat to file suit to have it overturned.

Top: An image of a modified AR-15 assault rifle from Wikimedia user Agauthier.