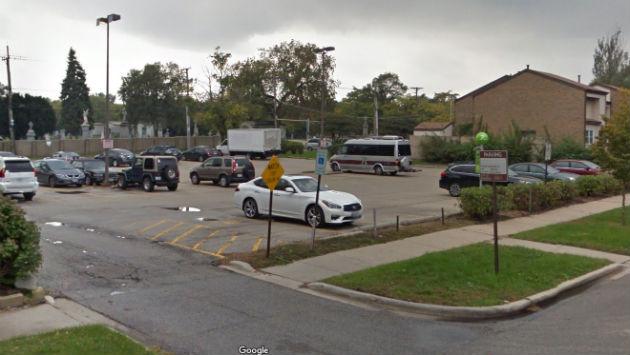 Evanston aldermen agreed Monday to explore a range of ideas for increasing the supply of affordable housing in the city — from building on city-owned parking lots to creating a rental assistance program funded by real estate transfer taxes.

Fleming said less than two thirds of the spaces in the lot are leased for parking now.

Alderman Melissa Wynne, 3rd Ward, said she agreed that the South Boulevard lot, and perhaps some additional city-owned surface lots could be redeveloped for housing.

Aldermen referred the idea to the Transportation and Parking Committee, on which both Fleming and Wynne serve, for further consideration at its Nov. 29 meeting.

She proposed using the $1.2 million affordable housing fund contribution from the 831 Emerson development to fund the first two years of the program, with the third year funded by $500,000 of the city’s real estate transfer stamp revenue.

She suggested the program could provide each household a $5,000 initial subsidy for security deposits, moving costs and utility deposits and then provide monthly subsidies to reduce rent payments to affordable levels.

The program, she said, would use existing privately owned rental apartments and be conditioned on the landlords signing three year leases with participants in the program.

Tenants in good standing, she said, could renew their participation in the program at the end of the three years. Her proposal was referred to the Administration and Public Works Committee, which Rainey chairs, for further consideration.

Alderman Don Wilson, 4th Ward, called for repeal of the city ordinance that limits occupany of a dwelling unit to no more than three unrelated individuals.

The rule has been popular with some single-family homeowners living near campus as a way to restrict student rentals, but Wilson said the rule ends up being discriminatory against senior citizens and others.

Alderman Judy Fiske, 1st Ward, complained that developers were buying single family homes and converting them to three unit apartments. Without the occupany limit, Fiske said, they might try to cram a dozen people into such buildiongs. “That’s a non-starter for me,” Fiske added.

But Wilson said the city has separate ordinances to bar excessive noise and failure to maintain properties — the issues supporters of the three-unrelated rule want addressed. “I want us to get away from models that presuppose problems based on circumstances instead of responding to actual problems,” he added.

Alderman also agreed to consider lifting rules that limit the use of coach houses and similar accessory housing units on a single family lot to relatives or employees of the homeowner.

And they agreed to consider permiting the creation of new accessory housing units on lots in neighborhoods that don’t have them now.

Alderman Peter Braithwaite, 2nd Ward, said he’d identified a number of properties in his ward that have large garages that could be converted to small, affordable dwelling units.

The occupancy limit and accessory use issues were referred to the Planning and Development Committee.

But Wilson said raising the cost of new construction would only increase the size of developments proposed to cover those costs.

He suggested the inclusionary housing ordinance should be revised to take account of what type of structures a proposed development is replacing.

If it’s replacing existing market-rate affordable housing, he suggested, the fees charged should be higher than if it’s not.

The aldermen agreed to set up a special committee to look into possible revisions to the inclusionary housing ordinance. Aldermen Fiske, Rainey, Revelle and Wilson volunteered to serve on the committee along with three citizen experts on housing issues to be named by the mayor.

The also agreed to schedule quarterly reviews of their progress on affordable housing issues, with the first one likely to be held on Jan. 29.