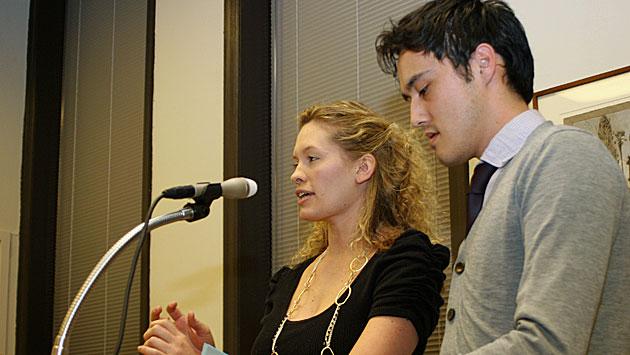 Only Alderman Don Wilson, 4th Ward, voted against the project and he objected only to portions of the complex deal.

The owners of the planned Ward Eight bar, Anne Carlson and Cody Modeer, said they hope to open for business by mid-July, if there are no delays.

But, in pressing for the council to suspend its rules to give the package of agreements immediate effect, Alderman Ann Rainey, 8th Ward, said she worried that if they weren't approved immediately, it would lead to substantial delays in completing the process of getting city and state liquor licenses approved for the establishment.

Rainey said criticism about why anyone would put a wine bar on Howard Street was ill-informed.

"People who live near Howard are just as capable of handling this type of entertainment as people who live downtown," Rainey said.

She argued that the building at 629-31 Howard was purchased by the city last year because it was deteriorated and provided no positive impact to the street or city.

She said the two apartments in the building aren't habitable now, but will be made livable by the rehab work the city plans to do on them.

Rainey claimed that the city will ultimately recover all but about $15,000 of the money it will put into the building, assuming the bar owners exercise the option contained in the deal to purchase the building from the city three years from now for a price of $362,650.

However that accounting ignores the below-market return on its investment the city will achieve during the intervening three years by allowing the bar to operate rent-free for the first year and to apply all of the money the owners pay in rent during years two and three as a downpayment toward the purchase. Those subsidies appear to add up to about $72,000.

Critics of the proposal have also noted the high failure rate for new restaurant businesses. An Ohio State University study several years ago indicated that 60 percent of restaurants fail within their first three years of operation.