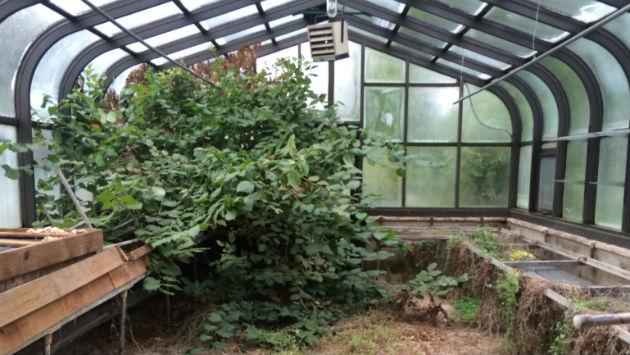 City staff will ask Evanston aldermen Monday night to define what options they’re willing to consider for the future of the city-owned Harley Clarke mansion on the lakefront.

City Manager Wally Bobkiewicz says that based on the council’s discussion Monday night he hopes to be able to prepare a request for proposals document that will define: 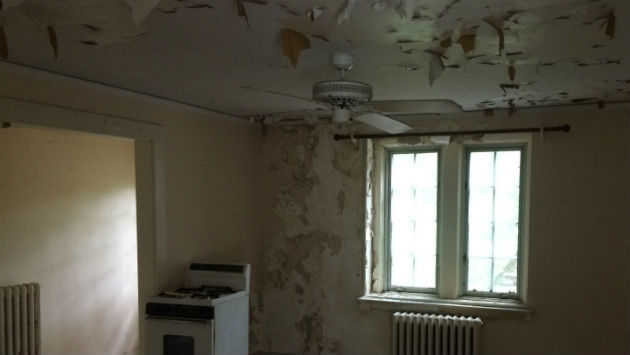 Bobkiewicz will also ask the aldermen to decide whether to take immediate action to address problems in the coach house including mold and peeling paint.

The aldermen decided in June to postpone a decision about what to do with the mansion until this month after a special mayoral committee only marginally narrowed the range of possible options for the mansion’s future and residents appeared still sharply divided over what to do with it.

The two aldermen on the mayoral committee have said they believe a new mansion use needs to be self-supporting — at least to the extent of not requiring an operating subsidy from the city.

The committee heard proposals that included turning the property into a boutique hotel, converting it to a residence for senior citizens, making it a non-profit event space or redeveloping the property with single family homes.

The Evanston Art Center, which had leased the mansion from the city for decades for $1 a year, relocated last May to a commercial building it purchased and renovated at 1717 Central St. 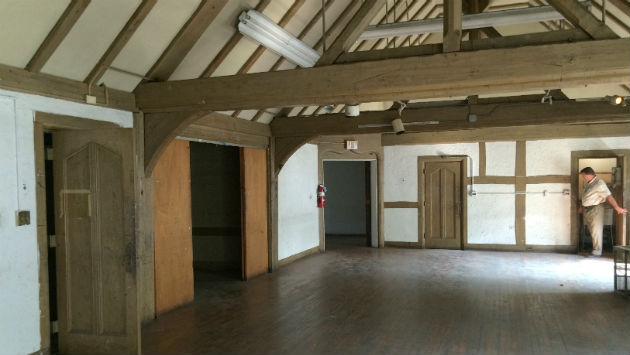 A city staffer in the mansion’s third-floor great room during a recent inspection tour.

Neither the city nor the art center had fully lived up to shared maintenance responsibilities under the mansion lease, which has left the building needing renovation work projected to cost millions of dollars.

A previous plan to lease the mansion to the state as a new offices for the natural resources department’s Coastal Management Program fell through after a change of leadership in Springfield.

Two years ago, after issuing a previous request for proposals for the mansion, aldermen rejected out of hand the only formal proposal received —  Jennifer Pritzker’s plan to turn the property into a boutique hotel — after opponents demanding the the city retain ownership of the property turned out in droves for a City Council meeting.

Bobkiewicz says he also hopes to schedule an open house at the mansion for interest people to visit the property next month and, after that, present a draft of the RFP for the council to review at its Oct. 19 meeting.

Aldermen: New mansion use needs to be self-supporting (6/2/15)