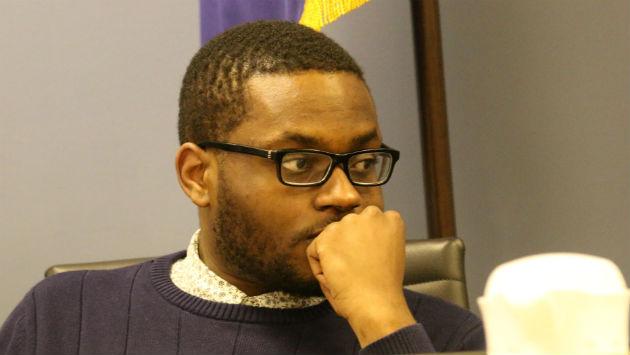 After initially considering rejecting payments totaling $5,827.50 to the contractor two weeks ago, the aldermen relented and authorized those payments, because the contractor had already done the work.

In the past two years Reid has dramatically exceeded his budget for seasonal employees.

Alderman Peter Braithwaite, 2nd Ward, said the aldermen don’t get to hire anyone to assist them and that all hiring needs to take place through the human resources division.

Reid claimed he could use funds from another budget line to pay the consultant, but Alderman Judy Fiske, 1st Ward, said that would not be appropriate.

Alderman Ann Rainey, 8th Ward, asked for a report from human resources on what the proper procedure would be for he clerk to get an intern or assistant legitimately and said she wanted a report on what the remaining balance is of the clerk’s budget for this year.

Aldermen Tom Suffredin, 6th Ward, and Cicely Fleming, 9th Ward, were not present for the vote.