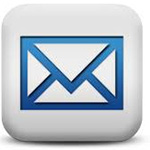 A letter from the state attorney general's office this week cautioned Evanston aldermen that hitting "reply all" on email messages could put them in violation of the state's open meetings act.

The caution came in a letter that concluded the City Council did not actually violate the act when members exchanged a series of messages with Mayor Elizabeth Tisdahl about who she should appoint to the landlord licensing committee last year.

In the letter, Assistant Attorney General Steve Silverman noted that the act prohibits "contemporaneous interactive communication" by the majority of a quorum of a public body for discussing public business — unless the event has been properly noticed and is open to the public.

Silverman said no appeals courts have ruled on how fast the exchange has to be to be considered "contemporaneous" and concluded that since there was at least a four-hour gap between the messages the aldermen and mayor exchanged in this instance he couldn't conclude "as a matter of law" that they violated the statute.

Silverman added, "Although we recognize that it is sometimes expedient for members of a public body to communicate with one another between meetings, emails concerning public business which are sent to or received by a majority of a quorum skirt the purpose" of the open meetings act "and have the potential to violate the act."

The exchanges became known after Mayor Tisdahl initially offered a position on the committee to a local landlord but then withdrew it after an alderman — later identified as Aldeman Judy Fiske, 1st Ward, objected to the appointment.

It was also later learned that Fiske had also blocked plans to appoint a Northwestern University official to the committee.

The request for review of the situation by the attorney general's office was made by Howard Handler, government affairs director for the North Shore-Barrington Association of Realtors.