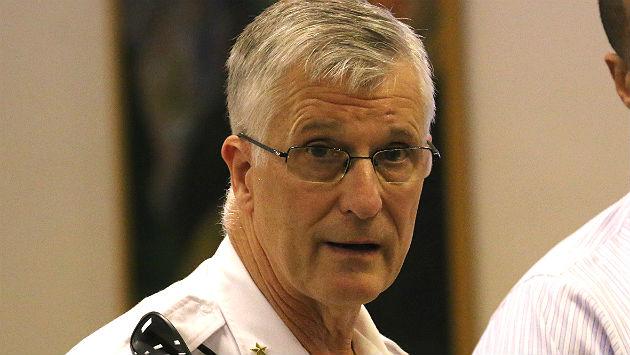 Evanston aldermen offered varied critiques Monday night of figures showing police ticketed or arrested a total of 77 people during the second quarter of this year for possession of small amounts of marijuana.

Alderman Peter Braithwaite, 2nd Ward, said he was concerned about the high number of arrests in his ward and other wards with a large minority population. 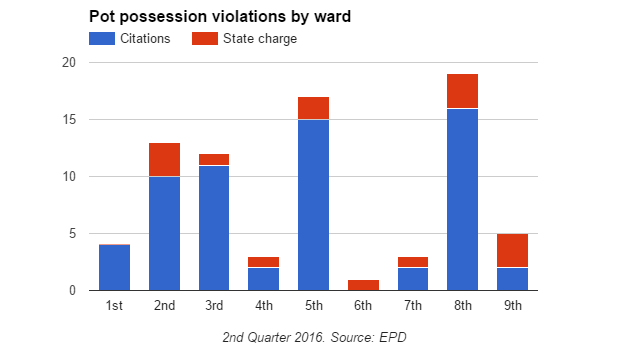 The three wards with the city's highest minority populations also had the highest number of cannabis possession arrests.

"The perception I hear from residents," Braithwaite said, "is that a large number of black males are being arrested for marijuana use in those wards."

Police Chief Richard Eddington said many of the arrests were in response to calls for service from neighborhood residents.

"The criminal justice system is based on fact patterns we need to deal with," Eddington said, "and the people who call us have a vote in how it turns out." 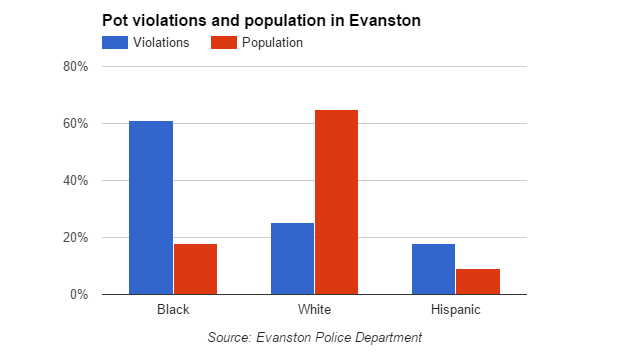 Eddington noted that there will be one significant change in the numbers going forward.

Governor Rauner, he said, signed a bill Monday that eliminates the state criminal statute for possession of less than 10 grams of marijuana, and replaces it with a civil citation, similar to the citations that Evanston police have been issuing under a city ordinance adopted a few years ago.

That change was designed to reduce the number of people who would end up with a criminal record as a result of being found in possession of small quantities of pot.

Alderman Brian Miller, 9th Ward, said he'd like to see marijuana possession treated like a traffic violation — that it would not, in itself, give police grounds for conducting a search.

But Eddington said that a lot of searches start with the smell of marijuana and may end up discovering illegal guns or other serious violations.

Miller added that he'd like to see more detail in the next report from the department — so aldermen could assess what other charges — besides cannabis use — were associated with the incidents. 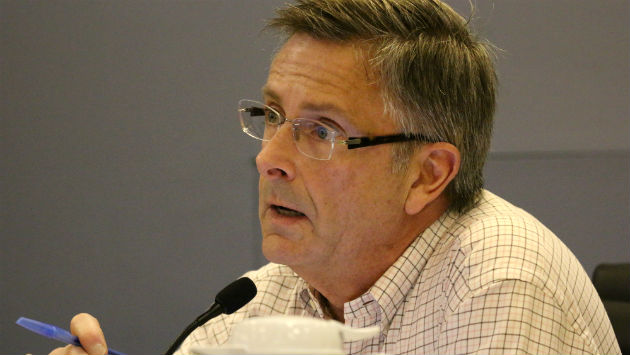 "If police stop one car and there's an open container in the car, or the driver reeks of alcohol," Tendam said, "why should that be treated any differently than if police stop the next car and smell marijuana?"

Eddington said it shouldn't be different — that either way it establishes probable cause for a search.

Tendam said he strongly believed that the city should not allow people to drive under the influence of anything.

Eddington said that in Colorado and other states which have legalized marijuana for recreational use there's been an explosion of emergency room visits and impaired driving incidents.