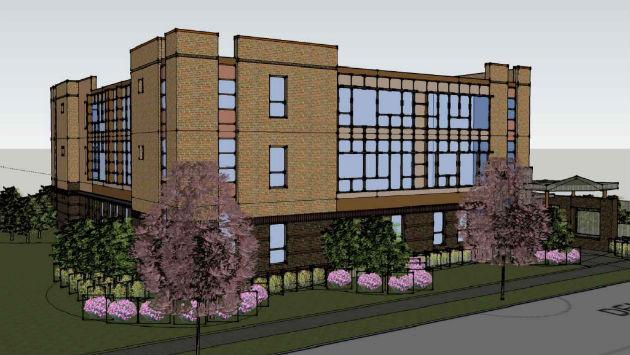 Evanston aldermen Monday rejected a request for $550,000 to support a planned 16-unit affordable housing rental development at 2215 Dempster St. on the west side.

The vote against the funding request was 3-5 with only Aldermen Melissa Wynne, Don Wilson and Eleanor Revelle voting in favor of the plan.

Alderman Ann Rainey, 8th Ward, after casting her no vote, moved to have the issue referred back to the Planning and Development Committee for further consideration after the Council has its scheduled Oct. 30 discussion about developing guidelines for affordable housing development in the city.

The city contribution for the supportive housing development proposed by Housing Opportunities for Women would have represented only about 10 percent of the project cost — or about $34,000 per unit.

That compares to an estimated cost of around $250,000 per unit for other affordable developments the city has entertained recently.

The area around the Dempster site is largely populated by moderate income homeowners, many of them African-American. Neighbors who spoke at public meetings about the project objected to it, claiming it was too dense for the site, although it met the city’s zoning requirements and still could be built as of right, if an alternative funding source were found.

Neighbors also argued that affordable housing should be built instead in more affluent, and predominantly white, areas of town. And they voiced concerns that, given the requirements of other agencies providing funding for the project, most of the building’s occupants would not be Evanston residents.