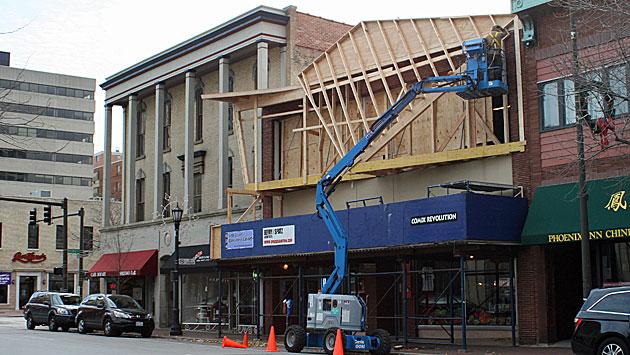 Evanston aldermen Monday approved three requests for funds designed to stimulate economic development, but not without some dissenting votes.

Evanston aldermen Monday approved three requests for funds designed to stimulate economic development, but not without some dissenting votes.

Fiske said she opposed the idea of providing money to businesses to create new jobs when the city is laying off its own workers.

Wilson said he didn't think any of the proposals up for funding were "needs based."

"Just because money has been allocated to the economic development fund doesn't mean we have to spend it," Wilson added.

"How do I look the other business owners on Main Street in the eye when they're getting banners from the city and another business is getting cash?" he asked.

Alderman Coleen Burrus, 9th Ward, suggested the council needed a tutorial on economic development, that members don't have an agreed-upon understanding about it.

"We're not going to get a Fortune 500 headquarters here any more," Burrus said, "We need to work with small businesses on small projects."

The Corrado Cutlery business plan calls for investing $250,000 to expand what's now an online-only business into the Main Street storefront.

The city money will be split 50-50 between a no-interest loan and a loan that will be forgivable if the business meets certain performance goals.

The aldermen also approve, with only Wilson voting no, a second $20,000 grant to the developers working to bring an office building to the southeast corner of Main Street and Chicago Avenue.

Alderman Melissa Wynne, 3rd Ward, said the building could be a $35 million to $40 million project that would help bring a lot of new jobs to the neighborhood.

Although the developers had indicated last month that they didn't yet need the extra funds because of the slow pace of marketing efforts, Wynne said they've now gotten some more encouraging news from prospective tenants and could make good use of the money.

Only Fiske voted against a proposal for a $10,900 facade improvement grant to cover half the cost of work on architect Andrew Spatz's office and retail building at 604-606 Davis.

Fiske said she didn't consider the changes to be an improvement to the downtown area.