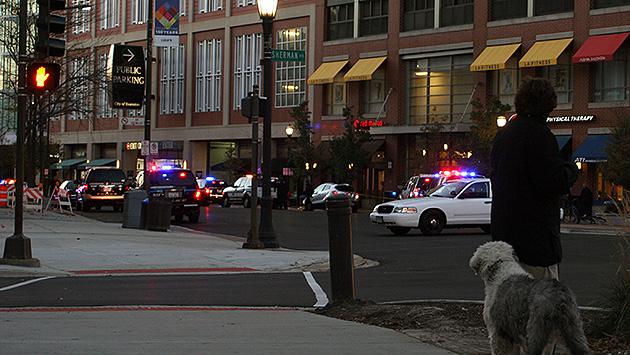 Evanston aldermen this week dismissed the idea of spending millions to erect suicide nets or fencing at the city's downtown garages.

City staff had looked into possible suicide prevention measures after two people jumped to their deaths from garages last November.

They learned that officials in Ithaca, N.Y. had installed fences along several bridges over gorges near the hilly Cornell University campus after a string of about 20 suicides from the bridges over two decades.

The Ithaca officials then recently replaced the fences along bridge railings with steel mesh nets below the bridges after residents complained that the fences obstructed scenic views from the bridges.

A staff memo suggested that netting around Evanston's three downtown garages could cost nearly $5 million, while fencing off just the roof-top levels would cost about $1 million.

At Monday's Administration and Public Works Committee meeting, aldermen dismissed the idea of fencing the garages — noting that there would still be plenty of places a suicidal person could use to kill themselves.

Alderman Ann Rainey, 8th Ward, said other garages in the area — at the Skokie courthouse, or Evanston's two hospitals — don't have suicide fences.

She added that someone could also jump off a balcony, or jump off a bridge over the canal and drown, or step in front of a train.

And Alderman Jane Grover, 7th Ward, noted that two people in recent years have just driven into the railroad embankment at McCormick Boulevard and Green Bay Road to kill themselves.

Grover suggested the city might put of signs at the garages advising people to call for help. And Alderman Delores Holmes, 5th Ward, said she would faovr educational programs, rather than fencing or netting.

The committee asked Assistant City Manager Marty Lyons, who presented the report, to put together statistics on the number of suicides here and do further research on possible low-cost alternatives to address the problem.