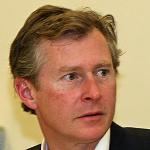 Evanston aldermen Monday night gave final approval to holding a referendum on dissolving Evanston township — after making a key change to the wording of the ballot question.

"Shall the township organization be continued in Evanston Township?"

After several people in recent weeks suggested to aldermen that that phrasing was confusing, Alderman Don Wilson, 4th Ward, Monday proposed — and the aldermen unanimously approved — flipping the wording so that a yes vote would favor abolition:

"Shall the township organization be discontinued and abolished in Evanston Township?"

Despite the change in wording, the vote on whether to submit the question to the voters next March was the same as it had been before the language change. It carried on a 7-2 vote, with aldermen Peter Braithwaite, 2nd Ward, and Delores Holmes, 5th Ward voting no.

If the township is abolished, its responsibilities would be taken over by the City of Evanston.

The township has the same boundaries as the city and the town board consists of the city's aldermen and mayor.

Advocates of abolishing the township say the city could do a better job of providing its services at a lower cost to taxpayers while providing the same, or a greater level of help to the indigent and homeowners seeking to appeal their real estate tax assessments.

Opponents voice fears that services would be cut.