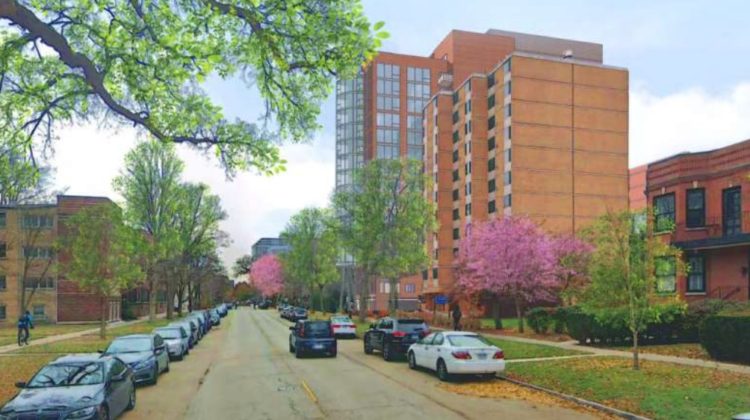 Evanston aldermen tonight are scheduled to begin their review of the Housing Authority of Cook County’s proposal for a 16-story mixed-income apartment project at 1900 Sherman Ave.

Opponents of the project say it’s too tall and would damage the character of the residential neighborhood to the north.

Supporters say the affordable housing component of the development is much needed and that the scale of the project is required so that the market rate units can generate enough income to subsidize the affordable ones.

The city’s Design and Project Review committee recommended approval of the plan on a split vote in August.

The Plan Commission split 3-3 on the proposal last month.

The housing authority is seeking to have the site rezoned from R6 general residential to C1a commercial zoning and is seeking several site development allowances.

The Planning and Development Committee meeting during which aldermen will discuss the project is scheduled to begin at 5 p.m.