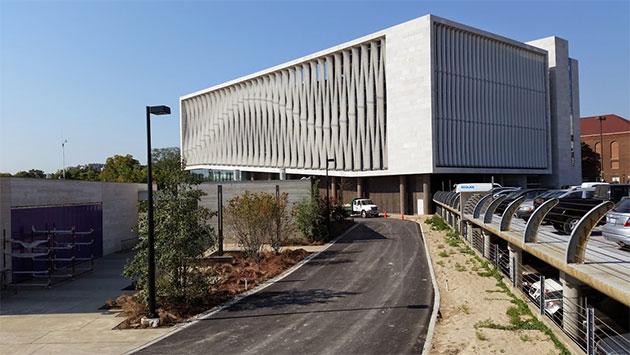 The Evanston City Council tonight gets to sort out a dispute between city staff and the Preservation Commission over how much control the commission should have over development on the Northwestern University campus.

The lakefront campus east of Sheridan Road now is split into two lots — one containing property to the original shoreline, the other the lakefill campus land created a half-century ago.

The older section of the campus contains a dozen buildings listed a local landmarks, and, under current rules, that gives the Preservation Commission review authority over any construction project on that lot.

The university has proposed resubdividing the campus to create five lots holding the dozen landmark properties, and one other lot for everything else.

That was denounced as "gerrymandering" by a neighborhood activist group which claimed the university "has a history of insensitivity to the impact it has on its neighbors and its surroundings."

But city staff argues, in supporting the university's proposal, that preservation commission review has added months of delay to the approval process for numerous construction projects that ultimately were approved by the city.

The staff plan would provide for advisory review by the Preservation Commission for major construction projects outside the five lots with landmark buildings, if the construction site was located within 250 feet of Sheridan Road. That would include roughly a quarter to a third of the area now covered by the mandatory review process.

The Preservation Commission is instead asking for binding review of all major projects within 250 feet of Sheridan. It also want to combine two of the lots with landmark buildings to gain oversight of a mid-campus parking lot that otherwise would separate them.

In a recent example of how the current process works, the university announced plans in Feb. 2012 to build a new visitor center and parking garage on land near a landmark campus building. After months of hearings, the Preservation Commission rejected the proposal in Oct. 2012. The City Council then overturned the commission's vote and approved the university's plan the following week.

Despite a failed lawsuit challenging the council's decision by three neighbors, the $32 million building finally opened for use last fall.