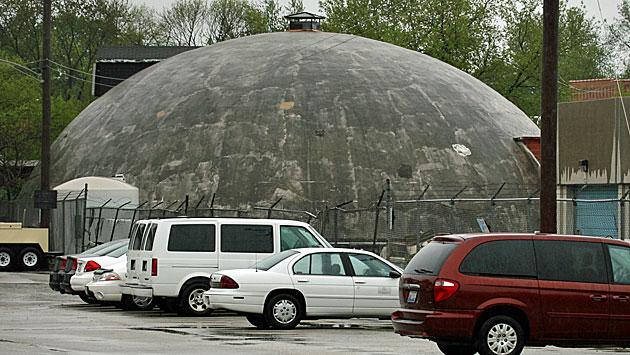 Evanston aldermen Monday are scheduled to approve a contract for a new city salt dome at roughly a third of the cost that had been proposed for the project three years ago.

The new 82-foot diameter dome will be able to hold 3,800 tons of salt. Dome Corporation of North America will build the structure for $335,680. It will replace the existing quarter-century-old dome than holds 2,500 tons and that city staff said several years ago was reaching the end of its useful life.

City officials became convinced, after a spike in salt prices in 2008, that they needed to build a much bigger salt dome to provide protection against future price fluctuations during times of peak demand.

Convinced the bigger dome couldn't fit at the existing site at the Municipal Service Center yards on Asbury Avenue, in 2009 they proposed a 4,000 ton storage facility at James Park at a cost of about $500,000.

After that project drew criticism, the staff in 2011 proposed building a new, barn-like salt storage facility on one of three other sites in city neighborhoods, with a price tag that had risen to about $1 million.

After aldemen rejected that plan, because of the visual impact the structure would have on whatever neighborhood was designated for it, city staff took another look at the existing site.

They eventually concluded that by rearranging other storage areas at the service center they could make the bigger dome there. In addition, the introduction of the use of salt brine solutions on roadways has somewhat reduce the amount of salt the city uses during a winter season.