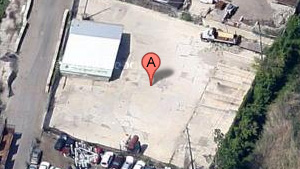 Evanston aldermen tonight are scheduled to consider a proposed zoning change that would permit creation of a commercial landscape waste transfer station on a former auto junkyard site on Oakton Street.

The location, just west of the Home Depot, is not far from the city's former compost site at James Park, which was phased out several years ago after complaints from neighbors about unpleasant odors.

But the operator of the proposed business told the Plan Commission earlier this month that the new site shouldn't cause such problems, because rather than being left to moulder on site as was the case at the city facility, the yard waste would be trucked away each day.

City staff and the Plan Commission have recommended approval of the proposed zoning change which would allow landscape waste recycling transfer facilities as a special use in the I3 General Industrial District.

The Oakton site is part of the city's only I3 district, and the nearest residential area, Zoning Manager Dennis Marino says, is over 400 feet away from the closest portion of the I3 district.

No one objected to the proposal at the Plan Commission meeting earlier this month at which it was discussed.