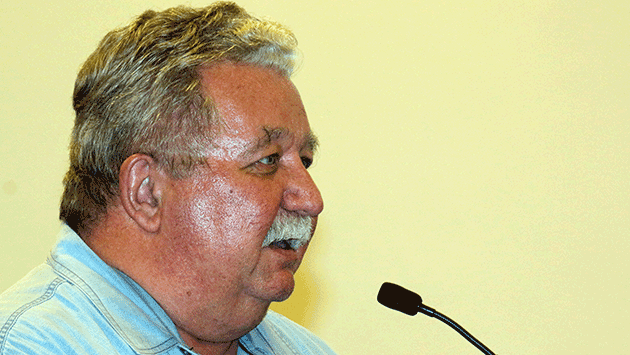 Evanston aldermen voted Monday to drop a plan to impose new restrictions on where barber shops, beauty salons and other personal service establishments could locate in the city.

The proposal from city staff would have required any new personal service business seeking to locate within 500 feet of an existing one to seek approval as a special use from the City Council.

Dick Peach of the Evanston Chamber of Commerce said members responding to an online poll about the proposal opposed it by a 4-to-1 margin.

There seems to be a lack of evidence that there's a problem here that needs to be solved, Peach said. "If there are a lot of salons in an area, they must be doing OK." 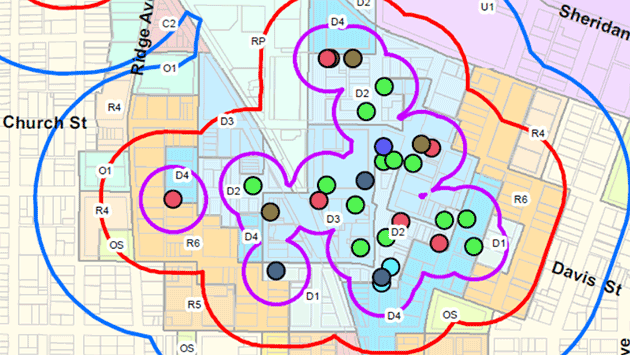 The red line on this map prepared by city staff shows how a 500 foot separation rule would require any new personal service businesses in downtown Evanston to seek approval as a special use.

Alderman Don Wilson, 4th Ward, said he hadn't heard any complaints from businesses on the issue. "I'm not sure why we're doing this," he added.

Alderman Ann Rainey, 8th Ward, who a few years ago tried unsuccessfully to impose regulations that would to drive hair and nail salons off Howard Street, said this new proposal wasn't her idea.

But she said the special use process isn't all that burdensome for businesses — noting that all carryout restaurants have to go through it.

City Manager Wally Bobkiewicz said that "something similar" had been proposed two or three years ago and was referred back to the city's planning staff to come up with a revised proposal.

"But as the economy has gotten stronger had storefronts have changed, attitudes may have changed," Bobkiewicz added.

Members of the council's Planning and Development Committee voted unanimously to not forward the measure to City Council for consideration.