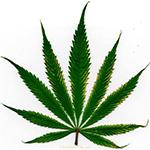 Some Evanston aldermen indicated some tentative interest this week in considering further steps toward lessening penalties for drug use and scheduled a fuller debate on the issue for later this summer.

At a Human Services Committee meeting Monday the aldermen touched on a series of ideas raised in March by a Northwestern University student group, Students for Sensible Drug Policy, and one of its activists, NU senior Marko Pavisic.

But she said she wanted to get input from the police chief and others involved in the issue at the city and "from family members and everyone else" before taking action.

Alderman Delores Holmes, 5th Ward, said arrests for marijuana possession are down 46 percent since the city rewrote a local ordinance in 2011 to encourage police to issue tickets for possession of small amounts of pot, instead of making arrests.

However a recent Roosevelt University study indicated that the total number of people either ticketed or arrested for marijuana possession increased during the first two years the new ordinance was in effect.

It also showed that blacks continue to be disproportionately likely to be arrested for marijuana possession, despite government data showing that pot use is roughly evenly distributed across racial groups.

The police department is scheduled to present updated numbers on the possession tickets and arrests at the July Human Services Committee meeting.

Alderman Jane Grover, 7th Ward, said she would be interested in taking a look at city ordinances that criminalize the possession of drug paraphernalia.

And she said the Evanston Substance Abuse Prevention Coalition and PEER Services were among the groups that should also be invited to comment on any changes.

Alderman Mark Tendam, 6th Ward, said he heard from the coalition after the city passed the possession ticket ordinance that "we could have done a better job of getting out the word that this was not an endorsement of pot use."

"We need to be very clear that drugs are still quite harmful — especially if you have a predisposition or tendancy for abuse — just like with alcohol," Tendam said.

But he added that he supports clean needle exchange and overdose prevention programs, noting that Evanston once had a needle exchange program, but the agency operating it has gone out of business.

Alderman Holmes suggested that, given the amount of research aldermen wanted staff to do, it probably would be best to postpone the drug law discussion from July until August.