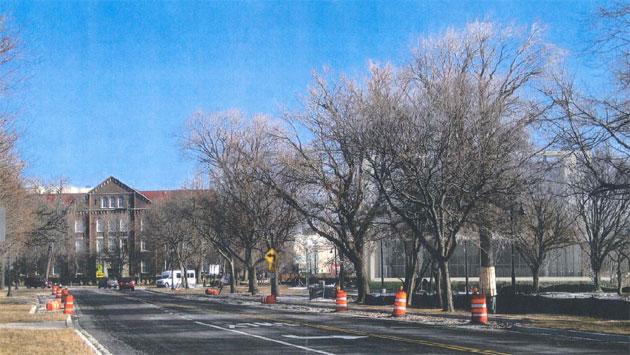 They rejected arguments by the Preservation Commission that the building should be set much farther back from Sheridan Road to avoid what the preservationists saw as a visual clash with the Daniel Burnham-designed Fisk Hall 102 feet to the west. 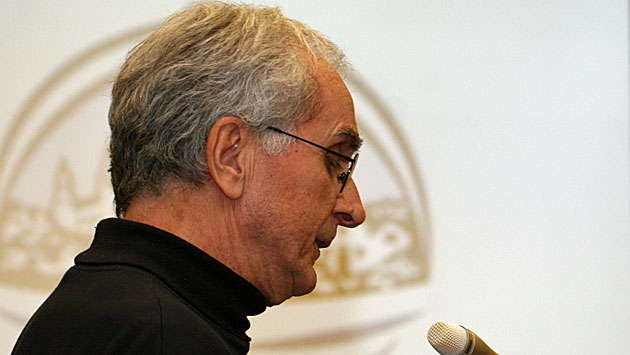 Above: Jack Weiss. Top: A photo montage from the university's architects showing the planned visitor center, at right behind the trees, added to a view looking north on Sheridan Road last winter. Fisk Hall is on the left.

Preservation Commission member Jack Weiss said the visitor center should be moved north to the site of an existing university parking deck, and claimed that the project doesn't meet the compatibility standards required by the preservation ordinance.

But Ron Nayler, the university's associate vice president for facility management, said the school would have to build a much taller parking garage as part of the visitor center if it were to replace the existing parking deck and still meet city parking requirements. 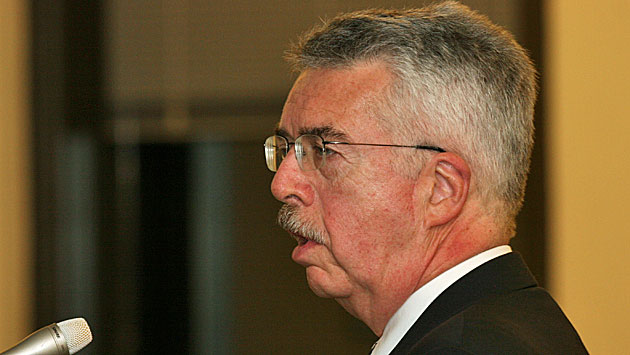 He said the proposal meets all city zoning standards, and that it involves no filling of the lakefront.

Nayler also argued that the architectural review of the project should consider the entire 158-acre lot of record on which the proposed building would sit — not just the one structure closest to it.

He added that the campus has very diverse and eclectic architecture and that the limestone and glass design for the visitor center is comparable to many other campus buildings..

He said the tallest building on the lot — University Hall — is 112 feet tal — over 30 feet taller than the visitor center.

While several Preservation Commission members spoke to defend their vote, only a few other residents appeared to support the commission's position, and, in the end, only aldermen Judy Fiske, 1st Ward, and Melissa Wynne, 3rd Ward, voted to uphold the commmission's position.