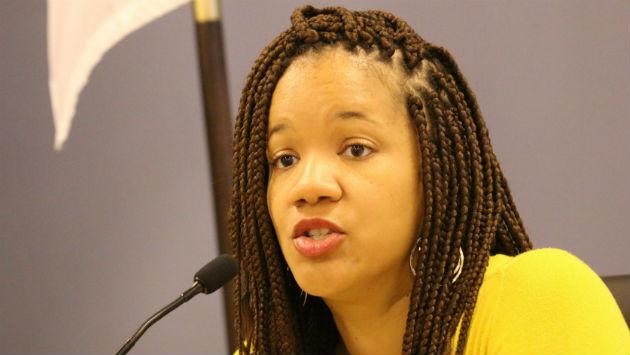 The agency that provides landlord-tenant counseling services to the City of Evanston came in for criticism from aldermen at Monday night’s City Council meeting.

Simmons added that the gap in service has especially affected Northwestern University students who live off campus in her ward, and she wants to see that issue addressed.

In addition, Alderman Don Wilson, 4th Ward, said he was concerned that it appeared the group was moving toward more of an issue advocacy role.

Sarah Flax, the city’s housing and grants administrator said it’s fairly common for a non-profit group to be involved in providing direct services and also doing advocacy, but that the work has to be appropriately balanced.

Contacted this morning by Evanston Now, Kelly Kleiman, the interim executive director at Open Communities, blamed callback problems on difficulties the agency had transferring its phone service when it moved earlier this year from Winnetka to offices at 990 Grove St. in Evanston.

Those problems took months to resolve, she said, but added that the phones have been working properly since March 26.

Kleiman said the group has also had substantial staff turnover in recent months.

Its long-time executive director, Gail Schechter, left in January 2016 after 22 years. Her replacement, David Luna, was on board for just two years before leaving in March to head another non-profit.

And, Kleiman says, several other staff positions have also turned over recently.

Open Communities’ most recent contract with the city — for $40,500 — was approved by the CIty Council in April last year and covered calendar year 2017.

Flax said that the performance issues — including setting metrics for callback times — could be specified in a new agreement with the group. But she added that there hadn’t been a problem with timely responses until recently.

The city had its own staff handling landlord-tenant issues until about a decade ago when that unit was eliminated during a budget crisis.