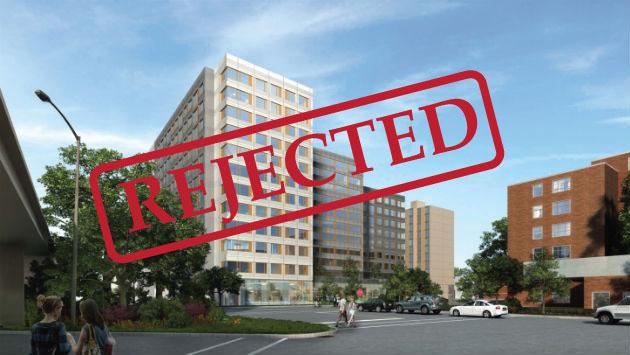 Evanston aldermen Monday night rejected a planned development that would have generated $1 million a year in new property tax revenue largely because of concerns that it was designed to provide housing for college students.

Alderman Don Wilson, 4th Ward, said he'd looked into similar student-targeted housing developments in other towns and that they "have caused some difficulties in those communities."

Wilson said he'd lived in a privately-owned student building when he went to college — "and I didn't move there because I was looking for quiet."

"This isn't the right spot for the development," Wilson said, apparently referring to the largely elderly population of the Sherman Gardens co-op development across the street — several of whose residents appeared repeatedly at public meetings to denounce the project.

Although the developers had lowered the planned height of the building from 14 to 12 stories, it was still too tall for the taste of several aldermen.

Melissa Wynne, 3rd Ward, said the new zoning requested by the developer "is one of the most dense zoning categories in the city, and the developer wants to exceed that."

Wynne suggested that under the proposed C1a zoning the building should look instead like the six-story AMLI development on Chicago Avenue in her ward. 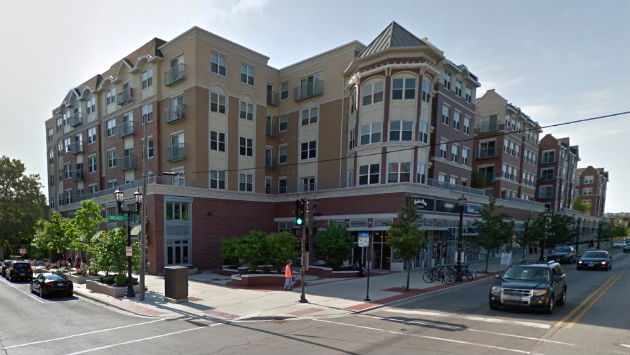 The AMLI Evanston development, in a 2015 image from Google Maps.

Other aldermen, including Judy Fiske, 1st Ward, objected that the project appeared to be "pushing the limit of downotwn to the north side of Emerson."

If people want to do that, she said, the city should revise its downtown plan. Of the block between Emerson and Foster, she said, "we've never looked at that block before."

Rainey called the project "the perfect use, meeting a great need, in a good location."

"Anything built there short of a three-story building with underground parking and no balconies" would have drawn fire from the neighbors, she added.

Tendam said the development would be attractive to international students and would "take some of the pressure off" nearby areas that now have a lot of student housing.

The project had won unanimous support from the city's Plan Commission.