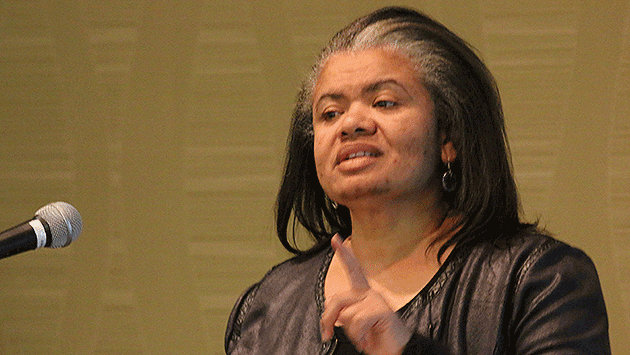 The vote to settle was 6-3, with Aldermen Tom Suffredin, Ann Rainey and Cicely Fleming voting no.

Rainey, 8th Ward, said she “knows for a fact” that, despite Robinson’s claims, City Manager Wally Bobkiewicz “in no way discriminated against this woman because of race or gender.”

Bobkiewicz was named as a defendant in the suit, along with Corporation Counsel Grant Farrar and Human Resources Manager Jennifer Lin.

Rainey insisted none of them had done anything wrong.

But, referring to Robinson, Rainey said, “This woman will go after the Evanston taxpayer for every last penny she can bleed out of us.”

Alderman Don Wilson, 4th Ward, said the decision to settle litigation isn’t easy, but that the likely cost of continuing to defend the case and pay out a possible judgment made it “a smart business decision” to settle.

The federal court case, filed 18 months ago, is still in pretrial discovery, but repeated efforts by the city to get the charges dismissed on summary judgment motions have not been successful.