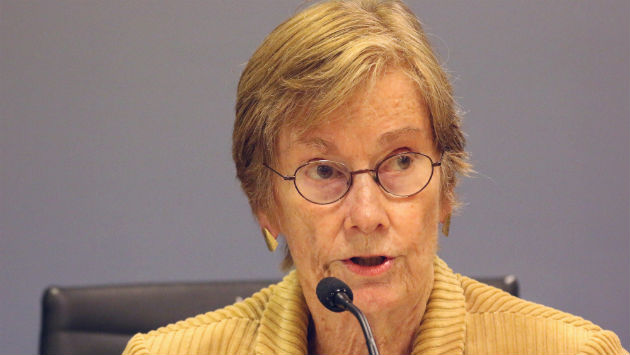 Committee Chair Eleanor Revelle said the panel would begin its work with a meeting next Monday, Aug. 3.

She said the panel, which typically meets no more than once a month, could meet as frequenly as weekly in an effort to develop specific proposals in time to include them in the city’s budget planning process that typically starts early in the fall.

The action came after aldermen questioned Police Chief Demitrous Cook about the annual report he presented during the meeting and asked for a variety of additional information that might make it easier to analyze what aspects of the department’s current duties might be turned over to social workers or other civilian employees or contractors.

The report indicated that Evanston residents are more likely to make calls for service to the police than resients several other communities chosen for comparison.

Police calls per resident ranged from a high of 1.14 in Evanston to a low of 0.29 in Arlington Heights. But the four other communities checked were closer to Evanston’s numbers. Skokie had 0.94 calls per resident, Naperville 0.88, and Aurora and Elgin were both at 0.75.

Alderman Cicely Fleming, 9th Ward, complained that the report had no context about what people are seeking when they call the police.

Aldemran Ann Rainey, 8th Ward, said she wanted to know how many Evanston residents are incarcerated and more detail about what police are doing in each ward.

Revelle said it appeared a lot of 911 calls don’t really require response by an armed police officer. She referred to a program in Eugene, Oregon, that has a social worker and a health care worker respond to certain types of emergency calls.

Alderman Tom Suffredin, 6th Ward, said he hoped the Council could come up with actionalble changes by budget time and that the work needs to start immediately.