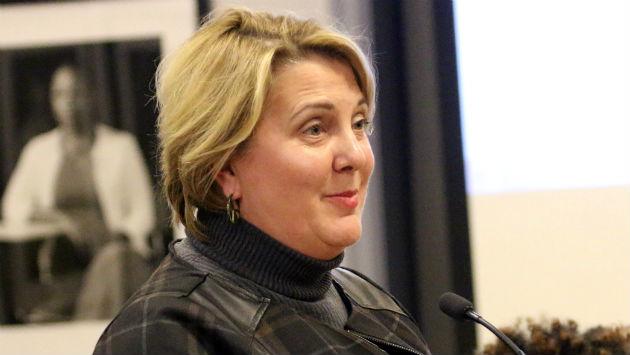 Aldermen on Evanston’s Administration and Public Works Committee killed a proposed city contract for curbside recyling of textiles Monday night after a representative of Goodwill Industries complained that the deal would cut into Goodwill’s business.

Although only about 15 percent of textiles are currently recycled, Joan Farrell, vice president and  general counsel for Goodwill Industries of Southeastern Wisconsin, said consumer dropoffs of clothing at Goodwill’s Evanston store are essential to its operation.

Despite opposition from some neighbors, aldermen in 2016 approved plans for the Goodwill store in the Evanston Plaza shopping center that Farrell says now employes 45 people, 17 of them from Evanston.

It said the program would run at no cost to the city. City staff said the new program could also substantially reduce what the city now has to pay to dump clothing into a landfill. 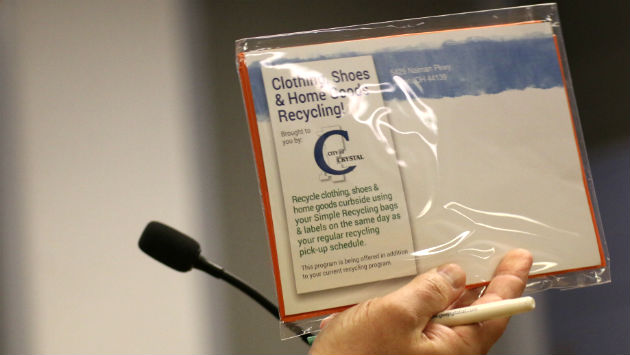 A mailing piece promoting the curbside program, held by a marketing rep for the firm.

Paul Gardner, from a marketing firm hired by Simple Recycling, told aldermen that Skokie has emphasized in its marketing materials for the new program that people can get a tax deduction for clothing they donate to non-profits like Goodwill that’s not available through the for-profit curbside pickup program.

Farrell said Goodwill couldn’t afford to offer curbside pickup, although several other non-profits do provide an on-call version of that service. 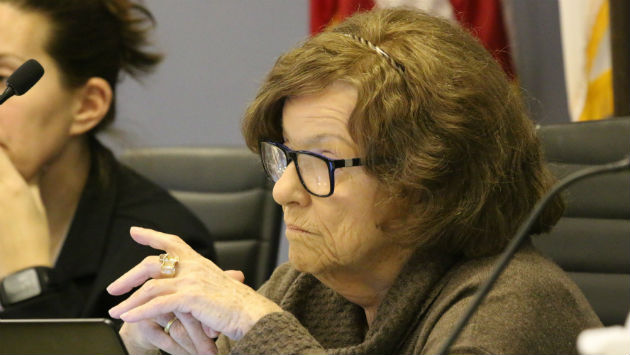 Alderman Ann Rainey, 8th Ward, who’d expressed some reservations about having Goodwill fill a vacant storefront at the shopping center in 2016, Monday night said she feared competition would negatively impact Goodwill’s ability to continue to provide jobs for Evanston residents.

She was joined by aldermen Robin Rue Simmons, 5th Ward. and Cicely Fleming, 9th Ward, in voting against the contract.

Only Alderman Tom Suffredin, 6th Ward, voted for it.

None of the aldermen asked staff to research what the impact of the Simple Recycling program has been on non-profits in communities where it’s already operating or how much additional material it actually diverts from the waste stream in those towns.

As a result of the adverse committee vote, the contract proposal died without advancing to the full City Council for consideration there.

It’s unclear what Monday’s vote to protect incumbent businesses from new competitors might mean for the fate of Binny’s Beverage Depot, which is seeking a liquor license to open in Evanston over opposition from local wine store owners.

But the Council ultimately dropped efforts to restrict transportation network providers like Uber and Lyft, despite their adverse impact on the business of taxicab companies.