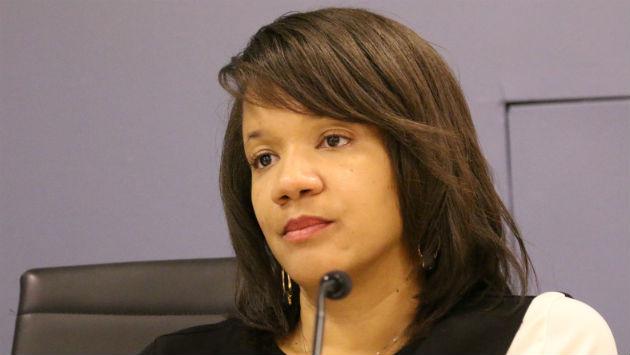 The project will require a simple majority vote to win final approval at a meeting on Nov. 13.

Among the supporters Monday only one, Alderman Robin Rue Simmons, 5th Ward, indicated she had reservations which, if not addressed, might affect her final vote.

Rue Simmons suggested she wanted to see some revisions in the public benefits the developer is offering in return for the development allowances the city is being asked to approve.

But Rue Simmons said the developer’s proposal to include 15 affordable units on site is great. And she criticized what she called “fear mongering” among opponents of the development.

“This building is not displacing any black residents,” Rue Simmons said, adding that “no one project is going to solve our affordable housing issue.” 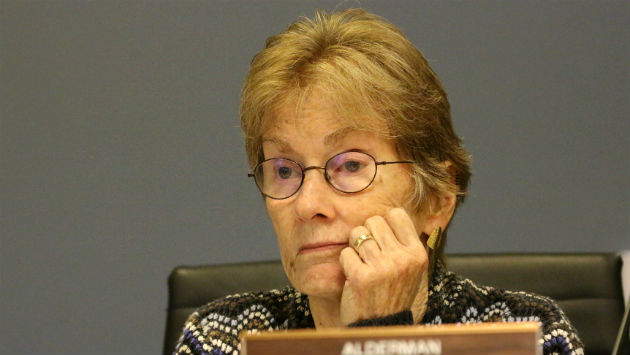 Voting against the project, Alderman Eleanor Revelle, 7th Ward, said the city “is kind of floundering because we don’t have an agreed upon vision of where we’re going to go with the downtown.”

She said she wants more tax revenue for the city and schools and said the on-site affordable housing “is really exciting.”

But she said she didn’t believe the scale and mass of the project is appropriate to the site, and that it fails to provide an appropriate transition to nearby low-rise residential areas from the core downtown.

She was joined by Alderman Melissa Wynne, 3rd Ward, who said the project should follow the specifications of the 2009 Downtown Plan, even though three successive City Councils have chosen not to implement its zoning provisions.

But Alderman Don Wilson, 4th Ward, who voted yes, said he was bothered by objections from opponents “to migrants and transients” who might live in the new development.

“I’m really stunned by some of the insulting language used about people who would live there,” Wilson added.

And, responding to suggestions that only a much shorter building should be allowed on the property, he said, “You can’t tell me that somebody building condos in a four- or five-story building on this site will be able to make them affordable — they’ll be completely unaffordable.”