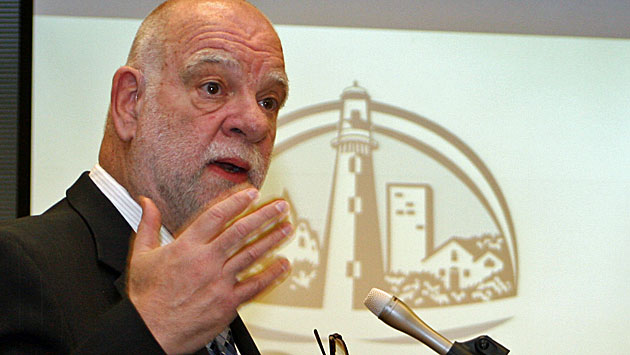 Evanston aldermen failed to agree Tuesday night on how much the city should set aside for public safety pensions and how to pay for it.

The debate arose because, after years of forecasts of constantly increasing pension payments as far as the eye could see, the city's actuary recommended a reduction in next year's payment.

Actuary Arthur Tepfer said the city would be justified in spending roughly $700,000 less next year on pensions than the $14.9 million it set aside this year.

But he conceded that payments required to close the $153 million pension funding gap are likely to increase substantially in future years, unless today's low interest rates rise dramatically.

Wilson compared it to a family paying an extra $200 a month on their mortgage to gradually reduce what they'd owe in interest in the future.

And Alderman Coleen Burrus, 9th Ward, said the city got into its pension funding mess nearly three decades ago by listening to actuaries who underestimated needed pension funding amounts.

But Alderman Ann Rainey, 8th Ward, who's been on the council for over two decades, argued that residents couldn't afford the added tax burden of the higher pension payment.

No specific proposal won majority support at the meeting.

Two — Rainey and Peter Braithwaite, 2nd Ward — would only support funding at the $14.2 million level recommended by the actuary.

Three —  Jane Grover, 7th Ward, Delores Holmes, 5th Ward, and Melissa Wynne, 3rd Ward — were willing to support a figure somewhere in between, but failed to win majority support for any specific number.

City Manager Wally Bobkiewicz said that he will included spending and revenue options in his budget proposal next month that will let the aldermen decide how they finally want to resolve the pension funding question and how to pay for it.