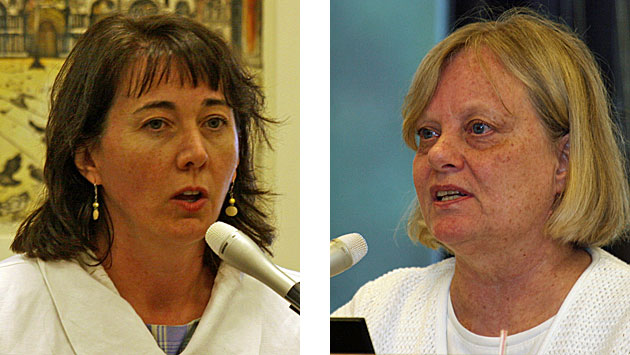 Alderman Coleen Burrus, 9th Ward, argued for adoption of a new ordinance she said would beef up enforcement procedures, but Alderman Judy Fiske, 1st Ward, said at the Human Services Committee meeting that the changes were poorly drafted and would be unlikely to properly address the issue.

Underlying the debate were questions about whether Evanston has the resources to adequately enforces its existing dangerous dog rules. 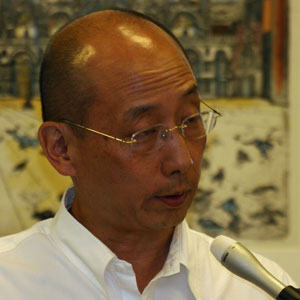 Resident Tom Okawara of 1517 Kirk St. whose complaints to Burrus in part led to the drafting of the new ordinance, said his dog was attacked last fall by an unleashed pit bull owned by a neighbor while his wife was out walking it.

He said there were serious injuries to both dogs and that the pit pull had been involved in another attack before, but the city's animal warden refused to declare that it was dangerous.

Okawara said records he received from the city in response to a freedom of information act request showed there've been over 170 reports of dog bites on humans since 2006 but not a single dog had been declared dangerous during that time.

He added that the city doesn't keep records of attacks by dogs on other dogs and claimed it isn't enforcing the dangerous dog ordinance.

Burrus said that two years ago her dog was attacked by a pit bull on the front porch of her house as her son returned with it from a walk. She said in that case as well police took no action against the dog involved in the attack. 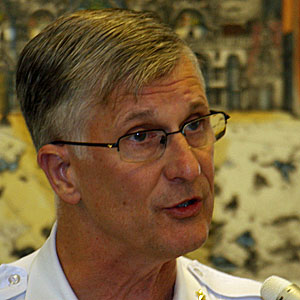 Police Chief Richard Eddington said the city has declared about one dog a year to be a dangerous dog, which requires the owner to provide special secure housing for it and take other precautions.

Fiske, who owns a downtown pet supply store, argued that one provision of the new ordinance would effectively let the police chief or an animal warden order a dog declared dangerous to be euthanized without having any independent animal behavioral expert evaluate the dog.

She said that many behavioral problems with animals are a result of lack of proper understanding by their owners of how manage them.

So, She suggested, more training for the owners could be more helpful in many cases in solving the problem than placing additional restrictions on the dogs.

Eddington suggest that police "are better at the control part" than the education part of addressing the problem, and he suggested that in tight budget times he was reluctant to expand the police role. He suggested expanding the city's collaborative work with the Citizens Animal Rescue Effort, that now largely runs the city's animal shelter.

Fiske suggested referring the issue to a committee formed by the police chief after complaints arose about how the city dealt with a ferral cat issue.

But Burrus claimed that committee doesn't exist. She said she'd been working on the ordinance changes for six months and urged an immediate vote by the Human Services Committee to send the ordinance to the full City Council.

At the request of Alderman Fiske, the committee voted to hold the issue for further discussion at its next meeting on Aug. 1.