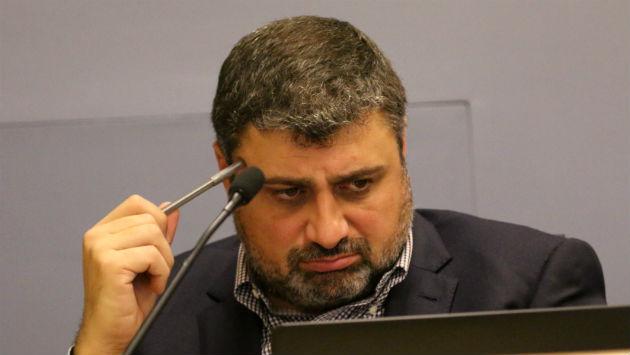 Without even going so far as to take “straw votes” on many budget changes, the discussion suggested some revisions to what the city manager proposed when he released the budget on Oct. 5 are gaining support.

The Health and Human Services Department has faced just over $800,000 in cuts.

And City Manager Wally Bobkiewicz conceded that his proposal to eliminate the $113,000 position of the communicable disease specialist had been a mistake, because the postion is needed to qualify for a variety of grants.

Bobkiewicz said he would look into creating a new management analyst position for the department that might combine some of the assistant director and health educator functions. That position would likely cost around $85,000.

So, as the meeting ended, it appeared perhaps a quarter of the Health Department cuts might be on a path to being restored.

In addition, two proposals were floated to maintain the department’s vital records services while still eliminating the $64,000 cost of the employee who now fills that role.

Health Director Evonda Thomas Smith said she might be able to rearrange her remaining staff to provide birth and death certificate copies on a part-time basis. City Clerk Devon Reid suggested his office could also take on the job, apparently without adding any staff.

The city now collects about $146,000 a year in fees from the vital records program.

Some aldermen were queazy about the manager’s proposal to suddenly increasing parking meter rates from $1 to $2, and suggested a smaller increase — perhaps to $1.50 — would be more palatable. But the meter increase is projected to raise $2 million — so cutting it in half would open up a $1 million hole that would need to be filled with other tax and fee hikes or spending cuts.

Ending free Sunday parking at meters also came in for criticism. Alderman Cicely Fleming, 9th Ward, said she was mainly concerned about the impact of that on Sunday-morning church-goers. The new meter charge for Sundays is projected to raise nearly $600,000 (if the hourly meter rates go to $2), so keeping them off during the morning might cost $100,000 or more in lost revenue.

Fleming also argued that continuing to allow free parking in city garages on Sunday while charging for meter parking was unfair to people outside the downtown area that lack city garages.

But Assistant City Manager Erika Storlie responded that those areas generally have meter-free on-street parking spaces available if drivers are willing to walk a little further to park — something she suggested was roughly equivalent to having to hike from one of the garages to your downtown destination.

Alderman Tom Suffredin, 6th Ward, complained that in public comments from nearly four dozen people during the meeting he’d heard many demands to restore cut programs, but only one suggestion for new revenue.

City staff promised to look into that suggestion, from Judith Treadway, to impose a tax on the salaries of city employees who don’t live in Evanston. But City Attorney Michelle Masoncup suggested that inquiry would likely lead to the conclusion that such a tax would be illegal.

Suffredin offered some new revenue ideas of his own — including that the city reverse its ban on video games and start taxing them instead.

He also suggested letting monthly parkers bid on spaces in city lots to maximize the revenue they bring in. Alderman Judy Fiske, 1st Ward, suggested raisng those fees from $60 to $90 a month, instead of the $10 increase proposed by staff. That would raise about an extra $80,000.

Braithwaite said some residents he’d met with have said they’d support a property tax increase if it was targeted to a particular program — like public safety.

He also asked about selling city assets to generate revenue. Mayor Steve Hagerty noted that couldn’t happen quickly enough to address this year’s budget problem, but Bobkiewicz said he could look into options for that early next year.

More than four hours into their meeting, having potentially opened up over $1 million in new budget gaps that will need to be closed, and having not reached other controversial budget issues like proposed police and fire layoffs, the aldermen decided to schedule an extra budget session for Monday, Nov. 5, and continue the budget review then.