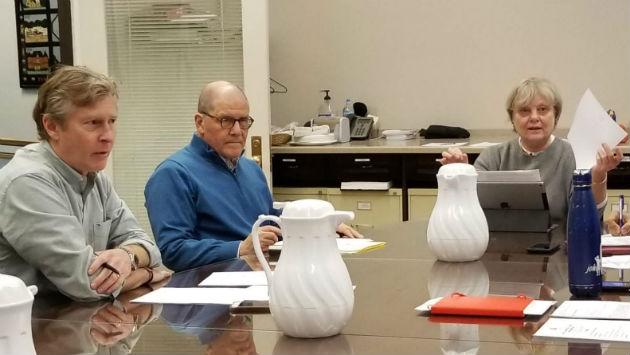 And they considered the idea that a third set of policy rules might be needed for private citizens appointed to city boards and committees.

One key rationale for the differing approaches was that committee members have concluded that the existing code — which requires employees and officials to be “impartial” in dealing with issues — isn’t appropriate for elected officials whose job it is to set policy for the city and who need to advocate for their positions.

The contention that aldermen must be impartial formed the centerpiece of recent Board of Ethics complaints against Alderman Ann Rainey, 8th Ward, which led the board to recommend that Rainey be barred from voting on issues related to the Harley Clarke mansion.

Aldermen ultimately voted to take no action on the ethics panel’s recommendation.

However, members of the Ethics Subcommittee of the Rules Committee present for its initial meeting — Aldermen Don Wilson, 4th Ward, and Judy Fiske, 1st Ward, and former ethics board chair Mark Sheldon — agreed that the ethics code should be revised to make clear that aldermen would not be allowed to vote on ethics complaints brought against themselves.

Rainey had cast the deciding vote to shelve the complaint against her.

The committee members agreed that impartiality is an appropriate expectation for city staff, but they noted that while some citizen panels — for example the Zoning Board of Appeals and Plan Commission — exercise a quasi judicial role and should be expected to be impartial — members of other groups frequently serve as advocates for policy positions.

The subcommittee disposed of another issue — whether the ethics code should include penalties for the use of profanity by members of the public and City Councio members during public meetings.

Sheldon said that could be seen as a moral, but not necessarily an ethical, issue.

Wilson added that the ethics board shouldn’t “get sucked into the trap of trying to decide what’s moral.”

“That’s what the election process is for, to evaluate whether an official is behaving within the moral expectations of the community,” Wilson said.

Wilson suggested, and neither of the the other members present disagreed, that the panel should not address another issue — whether the city should adopt an ordinance regulating lobbying.

“I don’t think that falls uner the scope of what we should be doing,” Wilson said.

The committee reached consensus that the city should hire outside counsel to advise the Board of Ethics when complaints are brought against elected officials.

Deputy City Attorney Mario Treto said it creates a conflict of interest for the city’s Law Department, which is charged with defending the city and its officials, to also advise the ethics panel that’s holding hearings on such complaints.

Asked about the cost of that step, City Manager Wally Bobkiewicz said it would depend on how busy the ethics board is.

“We’ve had more issues before the board in the last 18 months than in the prior five years combined,” Bobkiewicz said.

He suggested that the cost of outside counsel could be limited if the code is split to provide different processes for employees and elected officials. Then a separate internal administrative body could be established to deal with complaints against staff.

Committee members also agreed that the city should continue the practice of providing city-paid outside counsel for elected officials facing ethics complaints.

The committee agreed to have a follow-up meeting to review potential new code language the week of March 11, with a goal of reporting recommendations back to the full Rules Committee on April 1.