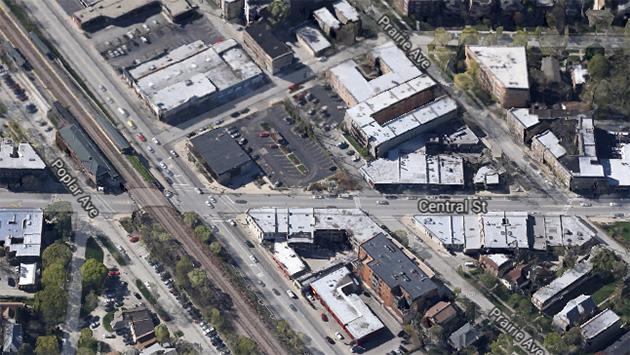 Community Development Director Mark Muenzer says the changes would "better reflect" the 2007 Central Street Master Plan, which led to the adoption of the existing regulations.

Muenzer last summer proposed bringing the rules for planned developments on Central Street into line with those that apply across the rest of the city.

But in the face of opposition from neighborhood activists, the Plan Commission now is recommending to the City Council much more modest revisions.

The proposal before council would permit aldermen to approve site development allowances that would allow changes in building setback and parking and loading docks, lot coverage and impervious surface coverage,

But it would still bar the most significant allowances permitted elsewhere — those that allow a greater height, floor-area ratio and number of dwelling units.

The timing of the proposed changes is prompted in part by the submission of the first planned development proposed for Central Street since the current zoning restrictions were adopted. That proposal calls for a 47-unit residential development at 1620 Central St., the site of a long-vacant office building.

Both aldermen who represent sections of Central Street, Mark Tendam and Jane Grover, said at a Plan Commission meeting earlier this month that they support the current version of the proposed revisions.

Details of the proposed changes are available in Monday's City Council Packet.