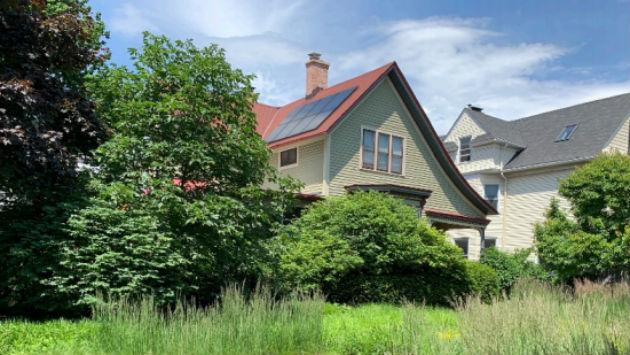 Evanston aldermen with decide later this month whether energy conservation or historic preservation should win out when it comes to adding solar panels to a home in an historic district.

The City Council this week decided to accept an appeal from the Preservation Commission’s denial of a certificate of appropriateness for the solar panel array.

The commission voted 2-3 with one abstention against the plan, which calls for a cluster of eight panels visible from the street on the south-facing slope of the roof and an additional 10 panels in two clusters further back on the roof that would not be vislble from the street.

Homeowners Peter Laundy and Shirley Dugdale say the Preservation Commission’s decision conflicts with the city’s recently adopted Climate Action and Resilience Plan, which encourages use of solar energy. They also claim the commission has been inconsistent in its review of proposed solar panel installations.

The motion to hear the appeal was approved 7-2, with Aldermen Judy Fiske, 1st Ward, and Tom Suffredin, 6th Ward, voting no.

The appeal of the commission’s decision is scheduled to be heard by the City Council on Monday, Nov. 25.