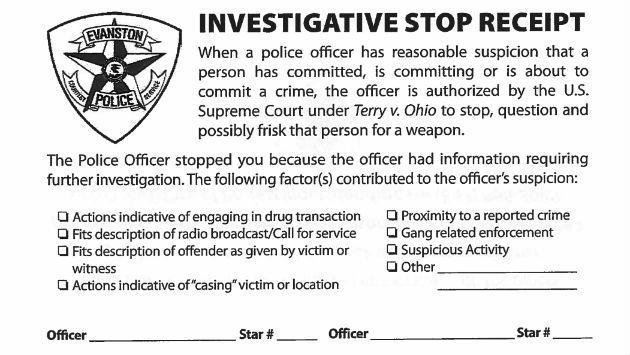 And in half of those stops the officer chose to pat down — or frisk — the person being stopped for weapons.

Evanston aldermen are scheduled to discuss the department’s stop and frisk policy during their meeting Monday night.

The U.S. Supreme Court, in its 1968 ruling in Terry v. Ohio, decided that police stops based on reasonable suspicion of criminal activity don’t violate 4th Amendment protections against unreasonable search and seizure.

But implementation of stop and frisk policies — particularly in New York City — have been controversial amid claims that officers there were directed to target black and Hispanic youths for stops, without reasonable suspicion.

In mid-2013, after a rash of shootings, Evanston Police Chief Richard Eddington said he planned to expand the use of stop-and-frisk tactics here.

But when full-year figures became available in early 2014, it turned out that such stops had declined by five percent from the year before. 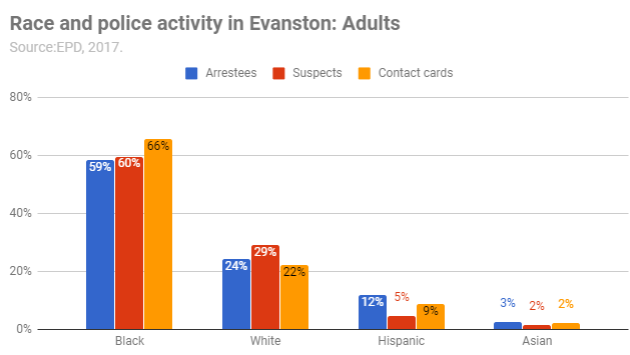 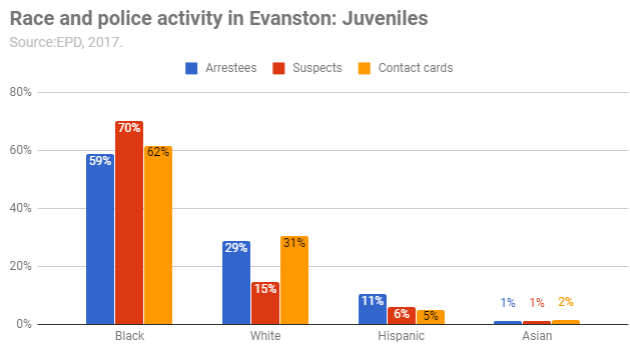 Those numbers have not changed substantially since 2013. 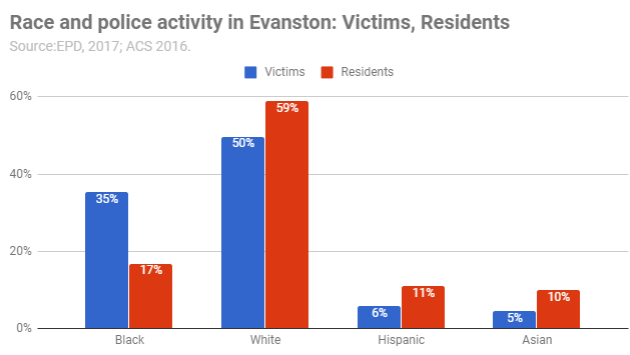 The figures also show that black residents of the city are about twice as likely to be victims of crime as would be predicted based on their share of the city’s population, while other racial and ethnic groups are less likely to be crime victims.