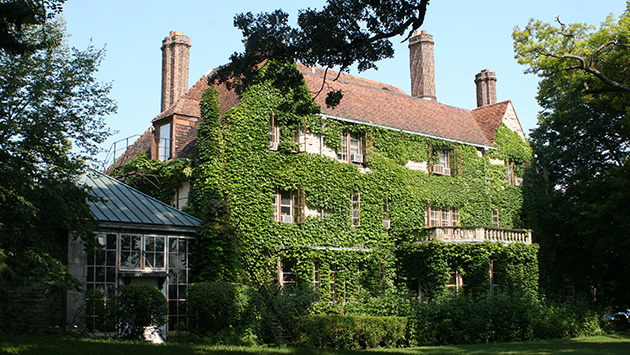 After two years spent soliciting proposals for a new use for the lakefront Harley Clarke mansion, Evanston aldermen voted 6-3 Monday night to dismiss the only offer they had received.

A view of the east face of the Harley Clarke mansion.

After two years spent soliciting proposals for a new use for the lakefront Harley Clarke mansion, Evanston aldermen voted 6-3 Monday night to dismiss the only offer they had received.

The plan from billionaire Col. James N. Pritzker to rehabilitate and expand the mansion into a 57-room boutique hotel was turned down without ever having been publicly presented — although aldermen had held three executive session meetings to review the proposal.

Those secret meetings inflamed opponents of the sale, who turned out in what may have been record numbers for a City Council meeting Monday night to oppose it.

Before any of the opponents could speak, Alderman Don Wilson, 4th Ward, moved to reject the proposal, saying it was not what he was looking for.

The three aldermen who wanted to consider Pritzker’s plan argued that the city can’t afford to maintain the building. Alderman Coleen Burrus, 9th Ward, suggested it could cost $10 million to repair.

She also lashed out at opponents, who she said had knowingly misrepresented the project — saying it involved selling off the beach.

Aldermen Ann Rainey, 8th Ward, and Delores Holmes, 5th Ward, were the others who sided with Burrus.

Fiske said the City Council needs to look at its policy of not disclosing responses to requests for proposals. “It would have helped the dialogue,” she said, if more had been disclosed.

Alderman Melissa Wynne, 3rd Ward, said she’d rather tear down the building than have it commercialized.

Aldermen immediately rejected making any changes at one — the Chandler-Newberger Recreation Center.

But they agreed to explore new options for the other two — the Noyes Cultural Arts Center and the Harley Clark mansion.

In addition to rejected the mansion plan Monday night, the aldermen also voted to table a proposal from the Piven Theatre Workshop to renovate and expand its space at Noyes.

That proposal had been attacked as a givaway to Piven that would displace other arts groups from the center.

The aldermen also approved a separate motion to look for new uses for the mansion that wouldn’t involve selling parkland. But since that was also within the scope of the request for proposals issued last year, it was unclear what the prospects might be for that idea now.