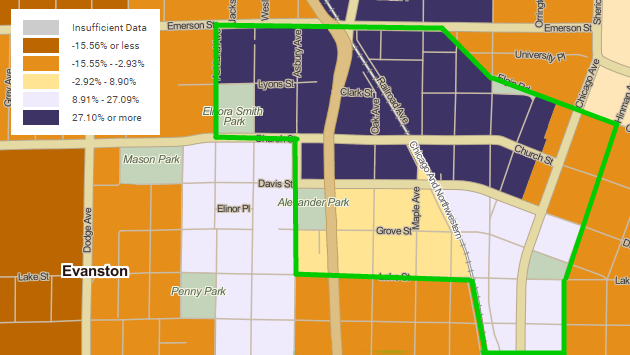 Aldermen hold a special meeting Monday to review plans for Evanston’s downtown — one of the few areas in the city that’s seen substantial population growth in recent years.

Block-group level data from the U.S. Census Bureau’s American Community Survey indicates that the population of the area in and around downtown Evanston increased by 25 percent from the turn of the century to 2015 — from 8,040 to 10,045 residents.

If you subtracted the increase of 2,005 downtown residents, Evanston’s overall population would have declined by 641 people. 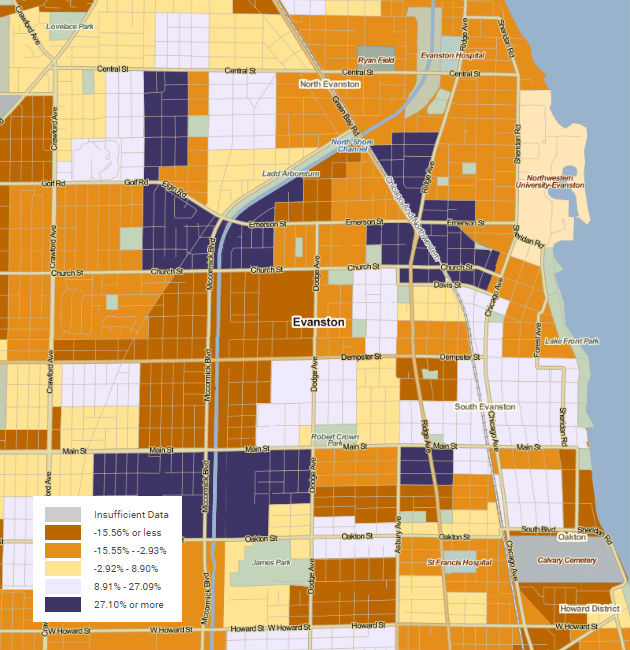 Much of Evanston has seen population declines since 2000.

City staff have also dusted off several earlier downtown planning documents for the aldermen to study. Those include a 2004 Downtown Visioning report, a 2004 survey of downtown property uses that updated a 1990 downtown land use report and several downtown study maps from the period 2000 to 2004.

It’s unclear at this point whether aldermen — including the three new ones elected last spring — are primarily hoping to become more familiar with the existing plan documents, or whether they will decide to embark on an effort to come up with a new plan — something that would be a fairly expensive and time consuming process when the city is facing significant budget constraints.

Monday’s meeting is scheduled for 5:30 p.m. in the Council Chambers at the Civic Center.