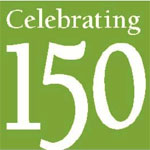 Evanston aldermen tonight take their first formal look at the city's 150th annual budget — one that could be the least painful in years.

The proposed budget from City Manager Wally Bobkiewicz calls for a slight reduction in property taxes and a net reduction of five full-time-equivalent city jobs as part of a plan to close a projected $1 million budget deficit.

By comparson, the city has cut a total of 92 full-time-equivalent positions over the past five years and increased property taxes 22 percent.

The total city spending, net of interfund transfer, has risen nearly 34 percent over the same period — with the difference funded by increases in other taxes and fees, beyond the property tax.

The 2013 proposed budget calls for a 2.6 percent reduction in  total net spending.

While the lack of a property tax hike should be a comfort to aldermen heading into next spring's city election, some on the council have pushed to overturn a proposed cutback in public safety pension fund contributions recommended by the city's actuary.

Keeping pension funding at the same level would require either finding about $700,000 in other spending cuts, or eliminating the cut in the property tax levy.

Tonight's meeting starts at 7 p.m. in the City Council Chamber at the Civic Center.

Top: A detal from the sesquicentennial logo adorning the cover of the city's proposed budget.