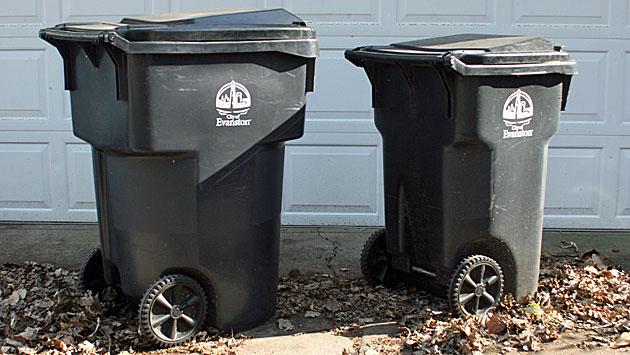 The average single family home that uses 115 units of water every year will see their bill increase by about $19 in 2014, says Utilities Director Dave Stoneback.

Though the water rate was not increased between 1998 and 2010, sewer rates skyrocketed in order to fund sewer system improvements, which resulted in reduced basement flooding in the city. The last hike in sewer rates was effected in 2004.

The proposed 2014 water rate increase will generate about $500,000 more in revenue, which would aid in creating a more sustainable capital improvement fund and reduce the city's dependence on bond funds, staff wrote.

But further investment is needed to either rehabilitate or replace the city's five million gallon reservoir south of the treatment plant and the feeder main between the pumping station and downtown. To help fund this work, staff also recommends an additional 10 percent rate increase in both 2015 and 2016.

Staff also recommends the council authorize seeking a loan of up to 2.3 million from the Illinois Environmental Protection Agency (IEPA) for work related to the water plant intake pipes in Lake Michigan.

According to a memo to the council, installation of a heating system is needed on one of the facility's three intake pipes to mitigate effects of frazil ice — which can block water intake under certain weather conditions.

Repairs to the intake's mussel control system is also recommended as part of the project.

Introduced at the last City Council meeting, a sanitation fee increase is also up for a vote Monday night. Like the water rate increase, it elicited little discussion at the last meeting.

But residents with 65 gallon containers will not be affected by the proposed increase, and will continue to be charged $7.95 per month, staff wrote in a memo to the council.

The cost difference between the two containers was adopted in 2010 as an incentive to reduce the amount of trash city residents generate, according to the memo.

And city staff say it's working; less refuse has been generated in the last three years.

If residents want to avoid the additional $3 charge, staff wrote that they should consider downsizing to the 65 gallon containers.