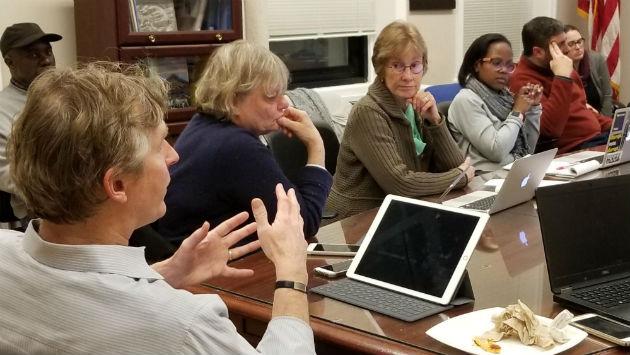 Evanston aldermen agreed Tuesday that they’ve met one of last year’s key goals — improving police-community relations — and decided to trim their goal list for the next two years from six to four.

She suggested that another goal — ensuring equity in all city operations — should become a sub-theme for all the other goals, along with a new factor — ensuring implementation of the city’s Climate Action and Resilience Plan.

A representative of the city’s Environment Board had urged, during public comment at the meeting, to add the CARP plan as a city goal.

That leaves the Council with four top-level goals:

The aldermen spent much of the meeting discussing ways to better measure progress toward the goals, and City Manager Wally Bobkiewicz reviewed a preliminary list of metrics that might be used.

The aldermen agreed to hold two special meetings next month to reach agreement on more detailed subgoals and the strategies for determining whether the goals are being met.