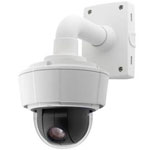 The vote came during a City Council budget hearing that wrapped up in less than an hour — what appeared to be a record short time.

The video cameras would be installed at four intersections along Dodge Avenue — at Dempster, Lake, Church and Lyons streets.

City Manager Wally Bobkiewicz said he may be able to find the $60,000 for the project in this year's budget, but if not, will add that amount to the 2013 budget aldermen are scheduled to adopt later this month.

Much of the cost of the cameras will involve adding a wireless access point to the high school power plant chimney so that images from the cameras can be transmitted live to the police station where existing cameras around town are already monitored.

Bobkiewicz said city staff will meeting with high school officials soon to map plans for the lighting upgrade around the school.

He said federal Community Development Block Grant funds may be available to pay for the project, and that if not, he would return to the aldermen in January to request a budget amendment to fund the project.

The eight aldermen present for the budget session voted unanimously to direct Bobkiewicz to move forward with both projects.

Improving security around the high school has been an issue for years, but it gained new impetus this fall after a 14-year-old youth walking home from a party was shot and killed not far from the high school.

Alderman Delores Holmes, 5th Ward, said that residents had been urging the lighting improvements for years and said that, while there had been concerns about privacy issues regarding the cameras in the past, neighbors fully supported adding the cameras now.

Top: The AXis P5532-E PTZ camera proposed for the locations around the high school.