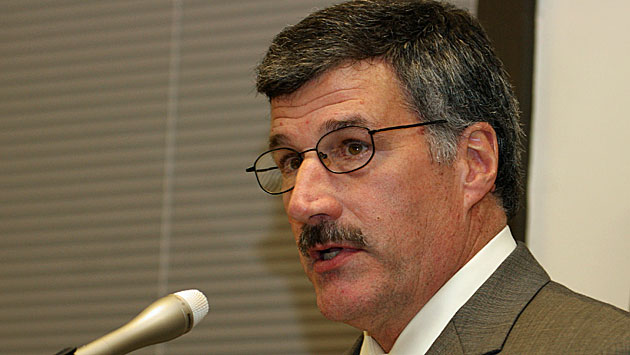 Evanston aldermen voted unanimously Monday night to back a preliminary engineering study of a possible expansion of service from the city's water plant to additional communities.

Evanston aldermen voted unanimously Monday night to back a preliminary engineering study of a possible expansion of service from the city's water plant to additional communities.

Staff estimated the total cost of the study at $150,000 — with the cost to be shared among the participating communities.

Evanston already provides water to Skokie and to four communities served by the Northwest Water Commission.

Because of sharply increased rates charged by the City of Chicago for its water, several nearby communities are interested in exploring the cost of a shift to getting water from Evanston.

They include the cities of Des Plaines and Park Ridge and the villages of Lincolnwood and Niles.

In addition the Northwest Water Commission is considering expanding its service area and the Northwest Suburban Municpal Joint Action Water Agency may switch from taking water from Chicago to getting it from Evanston.

Utilities Director Dave Stoneback told aldermen that the city would be able to earn "a reasonable profit on all the contracts" and that, depending on how many communities joined in, "it would be a substantial amount of money."

But the costs of providing water service will also be substantial. "If everyone bought in, City Manager Wally Bobkiewicz said, "we'd be looking at digging a tunnel with a 96-inch diameter pipe running through it" to provide the additional water service.

Stoneback said that all the communities in the group already get their water from Lake Michigan and have a water allocation of their own, so Evanston wouldn't be using its own water allocation to provide them service.

The city's water plant has the capacity to pump about 108 million gallons a day now, Stoneback said, and, allowing for peak demand levels, it needs about 92 million gallons for its current customers.

If only a few smaller additional communities came on board, the city could handle them with its existing pumping capacity, he said, but if more communities joined, the plant would need to be expanded.

Determining the best route for any new water line and estimating the costs involved in the project will be the task of an engineering firm hired to carry out the study. City officials hope to have the firm selected by late spring and have a final report by the end of the year.