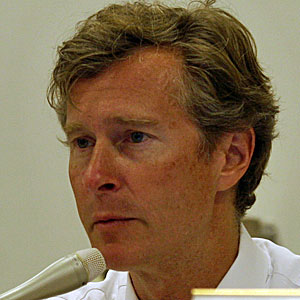 Evanston aldermen Monday postponed a vote on a proposed assault weapons ban for a week and asked the city's legal staff to rewrite the measure.

Alderman Don Wilson, 4th Ward, said the ordinance, as currently written, would ban some guns — like hunting rifles — that the aldermen don't mean to ban.

But, he added, it also appears to permit high-capacity magazines and armor-piercing bullets that they do want to forbid.

"So the ordinance doesn't do what the council wants," Wilson said.

The state legislature has adopted a bill that would give municipalities just 10 days after its effective date to get an assault weapons ban on their books or be barred from enacting one.

That bill was vetoed by Gov. Pat Quinn, but the legislature may vote to override the governor's veto as early as today.

In response to a question from Alderman Melissa Wynne, 3rd Ward, city attorney Grant Farrar said that the legislation would permit a city that had adopted a ban by the 10 day deadline to later amend it in whatever way city officials wished.

He said the ordinance he drafted reflects ones already adopted by the City of Chicago and Cook County that focus on "cosmetic features" of weapons and that the legislature specificially authorized restrictions based on  that approach.

The aldermen, who voted unanimously to introduce the assault weapons ban ordinance two weeks ago, still appeared determined to get a ban on the books before the deadline, even if they have to make further revisions to it later.

Supporters and opponents of the ban again spoke during public comment at Monday's meeting, generally repeating arguments made when the ban was first introduced.