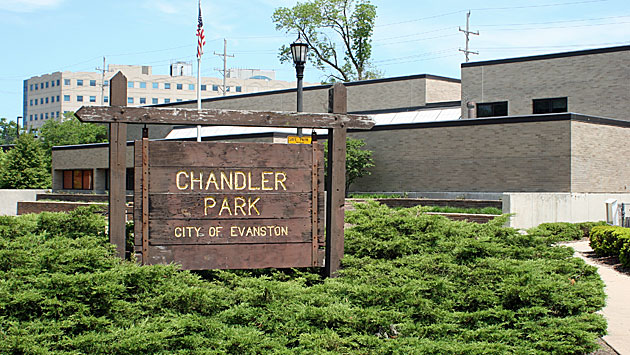 Aldermen on Evanston's Human Services this week made it clear there's no way they'll buy into a Parks and Recreation Board proposal for an ordinance that would try to block the sale of park land.

The parks panel, upset by a suggestion earlier this year from City Manager Wally Bobkiewicz that the city consider finding a new use for the Chandler-Newberger Recreation Center, responded by developing a proposed ordinance that would ostensibly require the city to acquire equivalent new park land for any that it might propose to sell off.

The aldermen, who shot down the manager's rec center proposal, declared that they have no intention of selling off park land.

Alderman Judy Fiske, 1st Ward, said she thought "it would be political suicide" to do so. But they said they were unwilling to tie the hands of future City Councils.

Left unsaid was the reality that they couldn't actually tie a future council's hands. That's because any ordinance the current council might adopt could just as easily be amended or repealed by a future City Council.

The aldermen also objected to attempts in the proposed ordinance to define what would be equivalent replacement space.

"I'm not understanding how you're really dealing with the quality of a site versues its size," Alderman Mark Tendam, 6th Ward, told Larry Raffel of the parks board.

In an apparent face-saving gesture for the park board, Alderman Jane Grover, 7th Ward, suggested at the Human Services Committee meeting Monday night that the parks panel put together a non-binding resolution the aldermen might consider that would express their intention to preserve the city's park land.