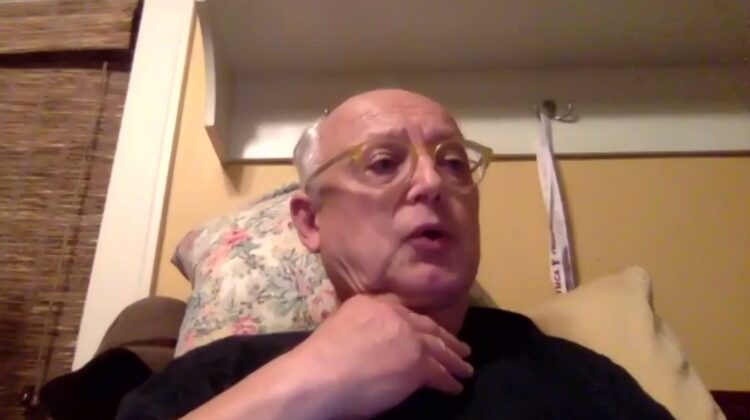 Evanston issues general obligation bonds “like Kleenex,” 6th Ward resident Mike Vasilko claimed at a 6th and 7th Ward meeting Thursday evening as he voiced doubts about the need for 11 new positions the City Council voted this week to add to the 2022 budget.

City workers, she said, are “really stressed” and having to take on too many different jobs to fill in. “I don’t think that’s sustainable in the long term,” added Revelle, who voted in favor of the new budget at Monday’s Council meeting.

She said she’s been deluged with emails from residents frustrated by how long it takes to get a building permit, and adding three new positions to handle permits and buying new permit-processing software will be very important to meet homeowners’ expectations.

Ald. Tom Suffredin (6th), though he voted against the proposed budget Monday, said he supported the additional staffing. He said he’s gotten complaints from people asking “for pretty simple tree trimming requests” who aren’t getting a response from the city.

The city’s human resources unit needs to be rebuilt, Suffredin added, and the new Crown Community Center hasn’t been appropriately staffed. All those areas will see more staffing under the revised budget.

Interim City Manager Kelley Gandurski said, “I’m not one to staff up big government and run up the taxpayers’ bill.”

But, she said, inadequate levels of staffing create inefficiencies that also cost taxpayers money. “It leads to mistakes, and burnout, and just not getting things done.”

Yvi Russell, a 7th Ward resident, argued that city salaries are too high — disproportionate with the rest of the country.

But Gandurski said that the city has to follow its union contracts, and “union workers tend to make more.”

She said Evanston’s salaries are on par with other municipalities, but that she’s asking HR to do a comparison study citywide to determine if salaries are appropriate for the work each employee is doing and their job titles.

Vasilko also claimed that the budget process was being “rushed through, so the door could be slammed shut by Thanksgiving” and that people weren’t getting answers to questions they raise.

“Citizens have been stonewalled since the new Council took their seats,” Vasilko added.

The city’s chief financial officer, Hitesh Desai, said it had always been the goal, as it has been for many years, to have the budget done by Thanksgiving and that the staff had prepared dozens of budget memos to respond to questions raised about the spending plans since the proposed budget was initially released on Oct. 11.

Gandurski said discussions about the budget — and the $43 million in federal American Rescue Plan Act funds the city is receiving that will fund much of next year’s spending increase — have been underway “since June or July.”

The City Council is scheduled to take final action on the budget at its meeting on Monday, Nov. 22.