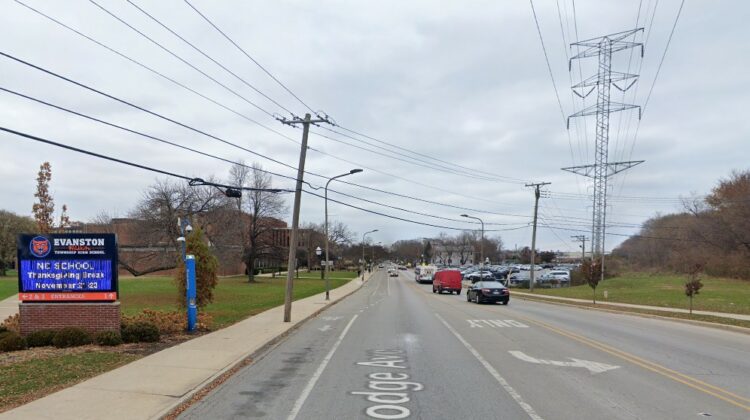 Two Evanston City Council members this week said they want to bury the high tension power lines that run through the city’s west side.

During Tuesday night’s Economic Development Committee meeting Ald. Bobby Burns (5th) said the lines blight the area along the former Mayfair railroad right of way and are “just a terrible use of the space.”

Economic Development Manager Paul Zalmezak added that several good development opportunities on the west side are impossible because of the presence of the towers.

Ald. Peter Braithwaite (2nd) said, “I’m still passionate about it.” He added that the issue had been discussed several years ago and that costs then amounted to about a million dollars for each of the towers removed.

He suggested that the cost might be partially funded by an increase in electric rates and that the project is something that the city might use federal American Rescue Plan Act funds for or seek other assistance from the county or state.

“If it’s going to happen, now would be the best time,” Braithwaite added, “But it’s a heavy lift that’s going to require focus and a lot of effort.”

Mayor Daniel Biss noted that the city currently is renegotiating its franchise agreement with ComEd and that removing the towers should be on the list of “asks” that the city is making as part of that negotiation.

Ald. Jonathan Nieuwsma (4th) said the city’s Utility Commission is scheduled to meet on Friday, Sept. 10, and suggested that ComEd representatives be invited to that meeting to discuss the issue.

Recent costs estimates for power line burial projects elsewhere have ranged from $400,000 per mile in Virginia and Wisconsin to between $1.5 million to $3 million per mile in California. The path of the high tension lines through Evanston is about 2.25 miles long.