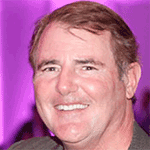 Henry Bullock, founder and chairman of Menlo Equities LLC, has committed to a $10 million planned gift that will create an endowed professorship in finance or marketing at Northwestern University’s Kellogg School of Management, his alma mater.

In addition to this commitment, Bullock has made a $500,000 gift to Kellogg. In recognition of this gift, the school will name the Dean’s Welcome Lounge in his honor in its new global hub building, slated to open next year.

“Henry is an active and enthusiastic alum, and we are extremely appreciative of his support of Kellogg,” Northwestern President Morton Schapiro said. “This generous planned gift will extend his legacy at Kellogg through an endowed professorship, which will benefit the business school community for many years to come.”

Bullock’s gifts will count toward We Will. The Campaign for Northwestern, a $3.75 billion University-wide fundraising effort announced in 2014.

A named, endowed professorship is the highest accolade bestowed on a tenure-track faculty member, an honor that the holder can cite throughout his or her entire academic career. Bullock said he decided to create an endowed professorship in an effort to help Kellogg continue to recruit and retain top faculty.

“I wanted to do something that was in the best interest of Kellogg,” Bullock said. “Endowing a chair goes to the core of Kellogg being a leader as a business school because it gives Kellogg a better chance of getting the best teaching and research talent out there.”

Bullock said the accounting, finance and marketing skills he learned at Kellogg have benefited him throughout his career.

“In today’s complex global marketplace, business education is more important than ever. At Kellogg, we develop brave leaders who inspire growth in people, organizations and markets,” said Sally Blount, dean of Kellogg. “Henry’s generous gift will play a key role in advancing our educational mission and distinctive thought leadership.”

Bullock earned his MBA from the Kellogg School in 1980 and serves as a member of his class’ reunion committee. He received his bachelor’s degree from Muskingum University, where he currently serves as a trustee. Bullock is a council member of the Urban Land Institute and a member of the advisory board of the University of California Berkeley Haas School of Business, the National Association of Real Estate Investment Trusts, the Pension Real Estate Association and the National Association of Industrial and Office Properties, where he serves as a past president of the Silicon Valley chapter board.

Prior to founding Menlo Equities in 1994, Bullock was a managing partner at The Shidler Group, where he arranged and directed debt and equity financings exceeding $1 billion, including the initial public offering of First Industrial Realty Trust Inc., and TriNet Corporate Realty Trust Inc.