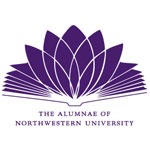 Interest in the events leading to the upheaval in the Middle East has created excitement with members of the local community who have registered in record numbers for the Alumnae of Northwestern University’s “Arab Spring” course.

The uprisings that began in Tunisia and spread to Egypt, Libya, Syria and elsewhere caused autocracies to crumble and upended the status quo of the Middle East with unpredictable consequences, which are still unfolding.

During the ten-week course, “Arab Spring” Revolutions: Causes and Consequences,” which began Jan. 3, professors from various University departments will explore this topic and give insights from a variety of angles on the ever-changing situation.

“Our ‘good problem’ of having a high number of registrants for the “Arab Spring” class and no availability of a suitable large venue on the Northwestern Evanston campus caused our Alumnae directors to consider other solutions,” said Alumnae President Janet Bilandic. “Our answer was to hold classes at nearby Beth Emet Synagogue on six class days.”

Since 1968, the Alumnae has offered intellectually stimulating noncredit courses to the community at modest cost. Outstanding faculty members from the entire University deliver the lectures and more than 3,000 registrants from the Chicago area enroll each year.

The Alumnae of Northwestern University is an all-volunteer organization of women that raises funds for a wide range of projects to benefit the University, including fellowships, scholarships, academic conferences, awards to faculty and students, and technical equipment, as well as special University projects. Alumnae grant funds are also raised through the Waa-Mu Patron Program.

Founded in 1916, the Alumnae has given more than $5 million in gifts and grants to Northwestern University, including more than $250,000 given in 2011. For more information, visit the Alumnae website at www.nualumnae.org.