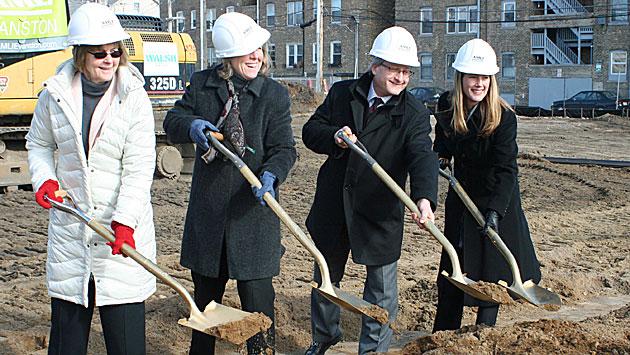 AMLI Residential held a groundbreaking ceremony for its 214-unit rental apartment development at Chicago Avenue and Kedzie Street in Evanston this morning.

AMLI Residential held a groundbreaking ceremony for its 214-unit rental apartment development at Chicago Avenue and Kedzie Street in Evanston this morning. 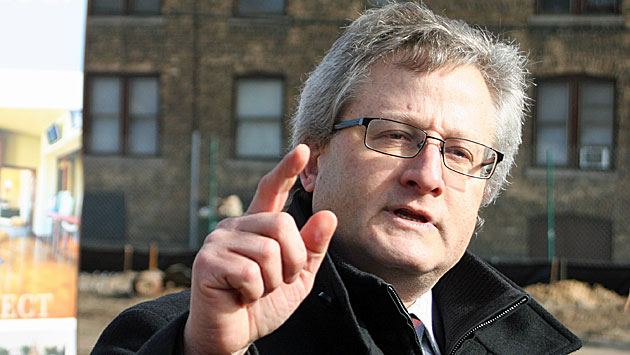 Steve Ross addressing the crowd of about two dozen people at the groundbreaking.

Alderman Melissa Wynne, whose 3rd Ward includes the AMLI site, said Ross was “the best developer I’ve ever worked with” in 14 years on the City Council.

“The community was involved every step of the way,” Wynne said. She also praised the develper for sticking with the plans which were first broached five years ago, before the recession stalled the housing market.

Wynne said the project has already sparked further development in the area — with the owner of the Southport Plaza just south of the AMLI site putting together plans to renovate the plaza after he drove by and saw the AMLI site.

Ross said the new apartments are scheduled to be ready for occupancy by March of next year.

It’s designed to qualify for LEED silver certification and AMLI plans to ban smoking by residents and guests in the apartments and common areas of the development.