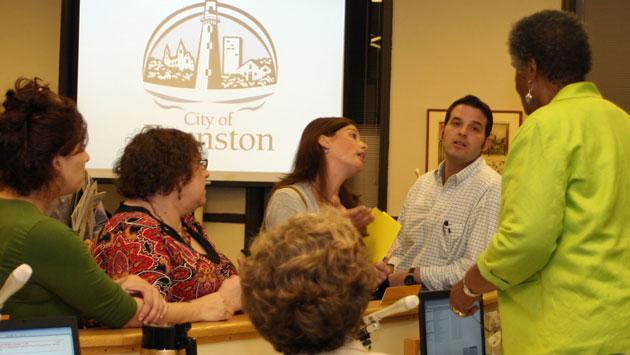 And even landlords and property managers who weren’t on the list objected to a proposed new licensing law for rental properties that they said would increase costs.

They also complained that the city’s rule limiting rentals to no more than three-unrelated individuals poses an unfair economic burden for student renters and their landlords.

Landlords also complained to the Planning and Development Committee that the list included some properties based unsubstantiated, anonymous complaints.

Nefrette Halim, who had several properties on the list, said the rental market is very difficult and the city needs to reach out to landlords to discuss the issue.

She argued that the ordinance would severely devalue Evanston’s housing stock and encourage the demolition of older properties with architectural character to be replaced by new ones.

Mike Tanner said he lives in one apartment in the three unit building he owns at 2237 Ridge Ave. He said it took a year after he bought the building to get the city to give him a report on it, and now he finds himself on the list of buildings with supposed violations. 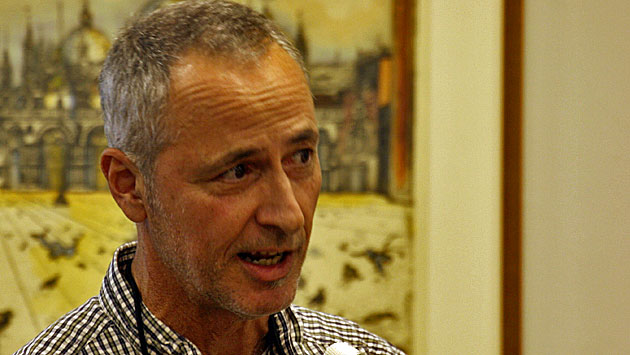 Top: Landlords crowd around aldermen after the Planning and Development Committee meeting to complain about what they see as unfair treatment by the city. Above: Landlord Brian Becharas.

Brian Becharas, who did not have a building on the city list, said costs for building owners have skyrocketed, and the proposed $26 per unit licensing fee would be yet another burden.

Becharas said his property taxes have quadrupled since the mid-1990s when he bought the building he now owns.

City officials say the licensing fee would let the city recover just over half of the $600,000 annual cost of the property inspection program — a program that is now primarily funded by federal grant money. The city’s current rental registration program, which would be replaced by the licensing ordinance, brings in about $70,000.

The list of properties was initially provided to Northwestern University officials during a meeting of the NU/City Housing Committee late last month that was attended by three aldermen whose wards include or adjoin the campus — Judy Fiske, 1st Ward; Delores Holmes, 5th Ward, and Jane Grover, 7th Ward.

Assistant City Manager Marty Lyons said the list was the result of a year-long process designed to provide students with information about the condition of apartments they might end up renting.

But aldermen who weren’t on the housing committee, including Don Wilson, 4th Ward, and Ann Rainey, 8th Ward, complained that they’d been kept in the dark about the list. They said aldermen should be sent copies of all city news releases.

Alderman Melissa Wynne, 3rd Ward, said the city needed to be clear about the reason why a particular property was on the list.

She said information about violations is public information that’s important for tenants, “but it should be fairly described.”

Rainey, noting that the list focused on properties in the area immediately surrounding the campus, said people who aren’t NU students should be treated the same way students are and have the benefit of the same sort of information.

The rental licensing ordinance was only a discussion item for the committee Monday night. Wilson said he wants to move forward with the ordinance, but it was not immediately clear when the issue would next be on the committee’s agenda.