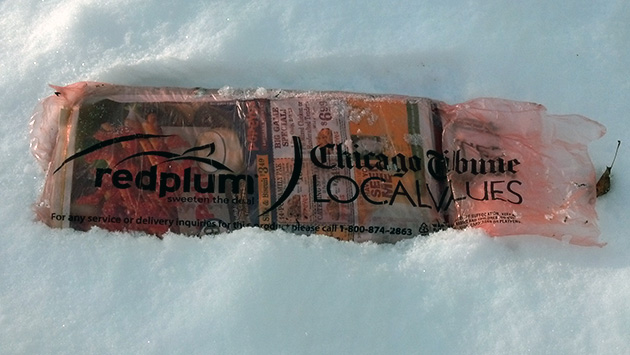 Some residents of Evanston's 8th Ward have told their alderman they're annoyed by the advertising circulars the Chicago Tribune dumps on their lawn and think the city should find a way to ban them.

Such ad circulars have drawn complaints in communities ranging from Atlanta, where a community group formed to stop the Atlanta Journal-Consitution's circulars, to Philadelphia and Cincinnati.

In Philadelphia the city has adopted an ordinance that lets residents request a city prepared "circular non-delivery" decal for their door. And the ordinance authorizes city inspectors to ticket distributors who ignore the decals.

Bridgeton, N.J. has an ordinance that requires distributors to respect notices placed by homeowners barring circulars as does New York City, while an ordinance in Ridgefield Park, N.J., bars distribution of circulars to residents who haven't opted in to receiving them. 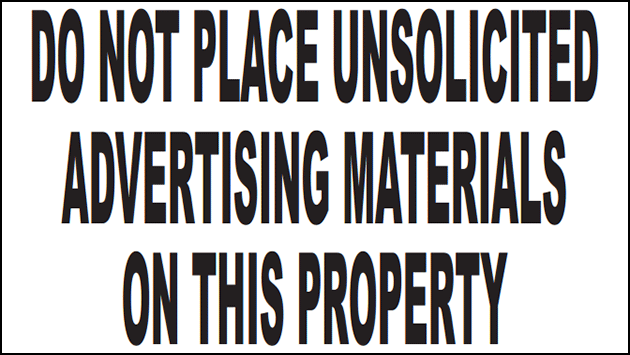 Sample wording provided by city officials for a 'no lawn litter' sign in New York City.

Alderman Ann Rainey, 8th Ward, told the residents she's asked the city's law department to explore what can be done about the advertising circulars, but says she expects that First Amendment free speech rules will limit the actions the city can take.

The Tribune's circulars are produced by Red Plum, a division of the publicly-traded Valassis Communications Inc., which has over 7,000 employees worldwide. The plastic wrapper for the circulars includes a phone number, 800-874-2863, which it says can be used for "delivery inquiries."