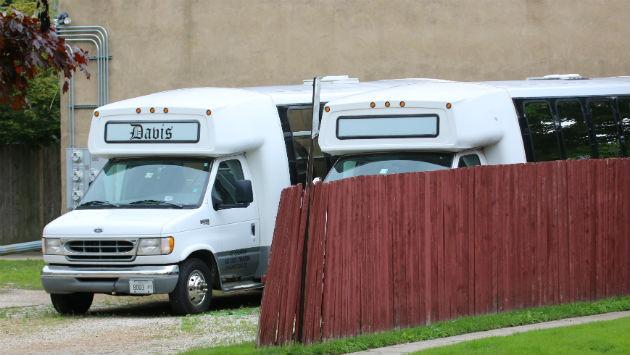 Another business to which the City of Evanston has loaned money is going out of business — leaving the city's prospects for recovering its loan funds uncertain.

In response to an inquiry from Evanston Now, Paul Zalmezak of the city's economic development staff says Davis Transportation has failed to make its two most recent loan payments.

Davis had negotiated a new, more lenient payment schedule on its $140,000 loan earlier this year after falling more than $44,000 behind in payments on the old schedule, according to city economic development reports.

Zalmezak says the city has received notice from an attorney for the business that it is closing and that buses the firm leased as part of an expansion plan funded by the city loan are being repossessed by the leasing company.

Davis Transportation owner Jared Davis says a lot of potential business deals to support the expansion just didn't pan out, and that after waiting as long as he could for them to come through he decided he had to shut the charter bus service and a related courier service that also operated out of the office at 1040 Wesley Ave.

Davis, who at the time had just completed a term of service on the city's Transportation and Parking Committee, sought the loan in July 2014, to fund more than half of the planned expansion to add at least three new buses to the company's charter fleet.

He had initially hoped to receive some of the funds from a Cook County economic development loan program funded by the federal government, but according to a city staff memo, after Davis inquired to U.S. Rep. Jan Schakowsky about delays in approval of that plan, the county declined to go forward with the deal.

The loan to the company was secured by a personal guarantee from Davis, and Zalmezak says, "We are evaluating our options for collections now."

Davis says he hopes to eventually be able to pay the city back, but doesn't have the financial resources to do so at this time. He says he's occupied for now with the steps needed to shut the business and hasn't determined what his next career move will be.

Just last month aldermen were forced to write off $154,000 in principal and interest from a $200,000 loan the city had made to the Chicago's Home of Chicken & Waffles restaurant in 2012. The restaurant went out of business a little over a year ago. That loan was secured by a second mortgage on the restaurant building.

Of nine loans to eight businesses the city has made since 2012 that are still listed on the city's books, officials say the other seven are up to date on their payments.